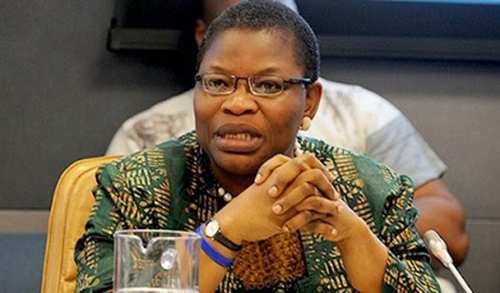 In a series of tweets, Mrs. Ezekwesili said her political agenda for 2019 would be to stop the two major political parties, the All Progressives Congress (APC) and the Peoples Democratic Party (PDP) from winning state and national elections.

She said it is time to end the reign of the status quo.

The former minister, who is also co-leader of the #BringBackOurGirls Movement, said in her tweets that the essence of her new agenda is to “disrupt and end the political and governance, stagnation and retrogression that our cyclical low equilibrium political Russian roulette has cost our country and people. Enough is enough,” she said, through her Twitter handle: @obyezeks.

“My individual effort to campaign against APC and PDP in the 2019 elections may not amount to much but, it is, at least, a definite expression of my personal conviction.

“My conviction is that it is time to end the tyranny of rulership of a wicked minority political elite class.”

The APC ended PDP ‘s 16-year rule of Nigeria on March 28, 2015. But, President Muhammadu Buhari and his party, the APC, have been severely criticised as being incapable of tackling the country’s many challenges, including the killings perpetrated around the country by different groups other than Boko Haram.

The former minister described the APC and the PDP as twin brothers.

“This, for me, is the #YearOfTheOfficeOfTheCitizen when all citizens lift their red card. Whether many other citizens feel the way one feels about our political statusquo does not matter. Standing up for what I believe is what one was raised to epitomise. It is sickening to watch the repetition of similar pattern of bad behaviour by our political class. Enough!

“I hope my political agenda for 2018 is clear enough to the twin parties of APC and PDP… Mock it. Attack it. Disdain it. Do whatever. Yet, it shall prevail. Why? The universe is tired of you,” she said.