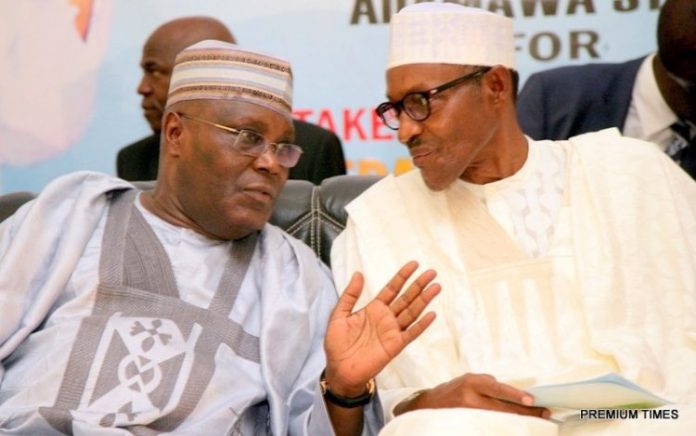 After two weeks of perceived delay, the Presidential Election Petitions Tribunal will resume sitting today, on the petition filed by the People’s Democratic Party (PDP) and its candidate in the February 23 presidential election, Alhaji Atiku Abubakar.

Already, hearing notices have been issued to all parties to the petition.

The delay in the hearing of the petitions was consequent upon the decision of the President of the Court of Appeal, Justice Zainab Bulkachuwa, to withdraw from hearing the petitions.

Her decision to pull out from the five-man panel was based on the allegation of  bias levelled against her by the PDP and Atiku.

Although the tribunal had, in a unanimous ruling dismissed the application, Bulkachuwa said she decided  to stand down from the tribunal for “personal reasons.”

Indications emerged at the weekend that  Bulkachuwa has appointed another judge  as her replacement.

Following the delay caused by the development, Atiku and his party  wrote to Bulkachuwa, reminding her of her promise to appoint her replacement on the  panel to enable the hearing of their petition to resume.

In the May 31 letter, the petitioners said they were already running against time due to the “strict requirement of keeping to the constitutional calendar for a petition”.

The petitioner’s letter, signed on behalf of Uzoukwu by a lawyer, in their legal team, Silas Onu, stated that as of May 31, when the letter was delivered at Bulkachuwa’s chambers, it was nine days since she recused herself from the tribunal  yet, nothing had been heard about her replacement.

The letter read in part: “Considering the strict requirement of keeping to the constitutional calendar for a petition and the obvious fact that time is also running fast against the petitioners, we pray my Lord to act by appointing a replacement so that we will get a hearing notice and continue with the petition in the interest of justice.”

The Independent National Electoral Commission (INEC) had, on February 27, declared President Muhammadu Buhari, of the All Progressive Congress, winner of the presidential election.

The electoral body declared that Buhari garnered 15,191,847 votes, to defeat Atiku, who it said polled 11,262,978 votes in the disputed presidential election.

Dissatisfied with the result, Atiku vowed to upturn it in court.

In their joint petition, Atiku and the PDP insisted that data they secured from INEC’s server revealed that they clearly defeated Buhari with over 1.6million votes.