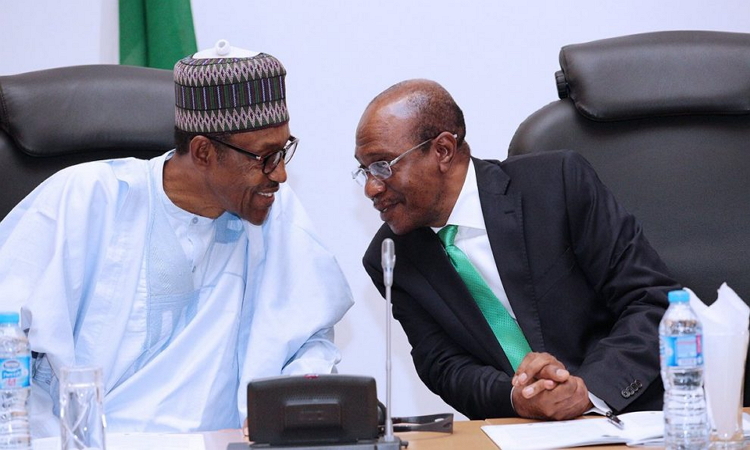 As the end of the tenure of the Central Bank of Nigeria Governor, Godwin Emefiele, approaches, speculations are rife that a top woman banker, Aishah Ahmad, one of his deputies, and any among eight others may be his likely successor as he will most likely not be re-appointed.

Rumours were rife on Monday that President Muhammadu Buhari has sacked Emefiele, but the news has since been rebuffed as fake by the CBN.

What makes the position of an apex bank governor colossal is its direct implication on the economy as the holder is expected to advise the president on both fiscal and monetary policies from time to time.

Aside from this, the CBN Act, 2007, states that the Governor is expected to formulate, for the approval of the Board, general rules and any subsequent amendments thereto, providing for:

•The safekeeping of the common seal of the bank

•The safekeeping of stocks of unissued or redeemed currency and the preparation, safe custody and destruction of plates and paper for the printing of currency notes and disc for the minting of coins

•The protection of banknotes and coins in transit

•The conditions under which any Zonal Controller, Branch Controller or Currency Officer may be appointed; and

•The conditions governing discounts and advances

•The exercise of dual control and general security throughout the bank; and

•Such additional arrangement which may be made to ensure the efficient working of the bank, through proper observance of security and the accuracy of the accounts of the bank.

As a result of these, an online platform, North East Star, is of the opinion that professional background, regional consideration and international exposure come to play in determining who becomes the CBN governor.

“Given the extreme market reactions to changes on who heads the central bank in some emerging markets, the professional background of the central bank governor must suggest that he or she has the experience to devise and run an effective monetary policy for the country.

“And going by the federal character provisions in any federal appointment in Nigeria. A critical look at the table shows that all the past CBN governors and their tenure suggest that regional consideration plays an active role in the appointment of the central bank governor. One thing is apparent: the position has a tradition of alternating between the north and the south (Prof. Charles Soludo from the South, then Sanusi L. Sanusi from the north, then Emefiele from the south).

“Again, President Buhari and his government will like to see someone with international exposure and expertise as the next CBN head. The next CBN governor will be someone who knows how the Breton Woods institutions operate, who has some training from Harvard or Cambridge, someone whom the international financial world can respect,” it adds.

In its February 15 edition, an online medium, www.newsonbanks.com, states that President Buhari was considering Mrs Ahmad as the substantive governor when Emefiele’s term expires.

The news outlet, quoting ‘a highly dependable source from the presidency’ states that “it is not yet clear if there are strong economic reasons for this, considering Emefiele’s sterling performance in stabilising the Naira in the winds of the economic turbulence, hellish recession and sluggish recovery that have plagued President Buhari’s years in office.”

However, aside Mrs Ahmad, in-depth research and investigation conducted by North East Star reveal that eight others are currently being considered for the job. These include Professor Soji Adelaja,an economist and John A. Hannah Distinguished Professor at Michigan State University (MSU), USA; Mohammed Kyari Dikwa, a holder of PhD in Accounting and Finance, whose success in coordinating the TSA and the blockage of billions for the government through PICA was said to have endeared him to the President; Bismarck Rewane, a financial analyst and the Managing Director of Financial Derivatives Company; Umaru Abdul Mutallab, former CEO of UBA and ex-Chairman of First Bank of Nigeria and Obadiah Mailafia, a former CBN deputy governor in charge of monetary policy, foreign exchange operations, investment management, research, statistics, and cooperation with international institutions. The rest are Bello Maccido, the Chairman of FBN Merchant Bank; Adesola Adeduntan, Managing Director/CEO, First Bank of Nigeria Limited and Herbert Wigwe, Group Managing Director/CEO, Access Bank Plc