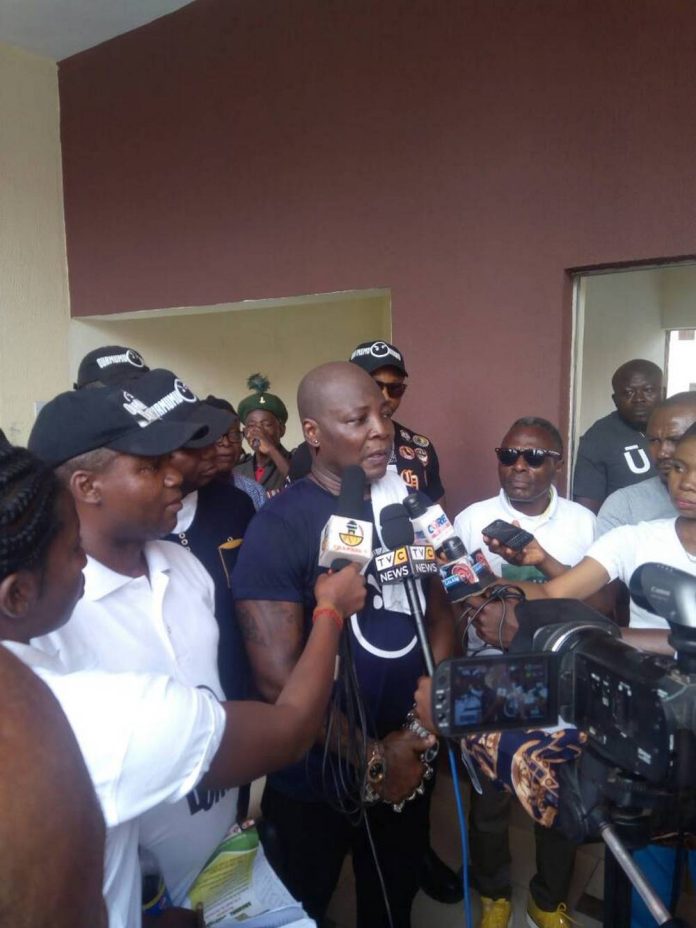 The OurMumuDonDo Movement has concluded plans to shut down Abuja metropolis today with the message ‘ #NaWeBeGovernment#.The movement invites all the frustrated and angry Nigerians to join on the Road show scheduled to hold in Abuja today to kick-start the campaign that will returns power to the people on the street .
#NaWeBeGovernment# Campaign involves creating a platform to identify visionary Leaders with servant oriented altitudes .OurMumuDonDo Movement will  commit prospective Political Leaders to a social contract deal.The Social Contract Initiative project is fundamentally premised on to scale up citizens engagement in governance as well as create a viable tool to demand an in-corrupt, pro-people, transparent, and accountable democracy. The Social Contract gives greater latitude for a preventive approach to fighting corruption especially when the people are actively involved at the national and sub-national levels of government, before, during and after elections. The social contract provides a tool for holding government accountable and a framework for the common people and the leaders of the state to negotiate for social change and political stability.
Maureen reporting for BVI Channel 1 online