While we have been busy talking about Nigeria of today, I wonder if we have spared a thought about how this country will be in the next TWENTY-FIVE years.
On October 1, 1979, when Alhaji Shehu Usman Aliyu Shagari was sworn-in as president, Goodluck Jonathan was just a 22 year-old undergrad of University of Port-Harcourt. Shagari was 54 years old. Ayo Fayose was 19 years old. Bukola Saraki was 17. Yemi Osibajo was 22. The generation of the likes of Shagari, Richard Akinjide, Adisa Akinloye, Sabo Barkin Zuwo, Sam Mbakwe, Jim Ifeanyichukwu Nwobodo, Ume Ezeoke,  Christian Onoh, Akin Omoboriowo, Olusola Saraki, Sunday Awoniyi, Garba Nadama, Awal Ibrahim and so on has gone for good!
Some of us in our 40s, 50s and 60s now, were  in school then, either in the university or secondary school. We had lofty dreams, both personal and societal. We were always motivated by nationalists and inventors who had impacted positively on the cause of humanity.  We were voracious readers of novels and other books. Nelkon for our Ordinary Level Physics, Lambert for Chemistry, B.O ADELEKE and Goh Cheng Leong for our Geography, Phebean Ogundipe for Practical English, William Shakespeare Chinua Achebe, Cyprian Ekwensi, OLa Rotimi and Wole Soyinka for Literature and others like that.
We were always flaunting our knowledge of current affairs. Inter-school quiz, Literary and Debating competition were the in-thing. Nowadays, students can hardly string a sentence together in English without errors.
Fast forward 35 years on and you are shocked and disturbed. Have you ever spoken to or engaged a 20 year-old boy? Ask him what motivates him and he is likely to mention music, hip hop to be precise. He has hundreds of downloaded songs on his phone. He can sing all of them off hand. He knows all the singles of Nice, Neato C, Timaya, Davido, Whiz Kid off hand. The babes among them take pride in enticing men old enough to be their father on social media with buxomly physique. But he/she does not know anything about history of nationalism in the country. Ideas about good society, responsible family and good conduct do not motivate him. He just wants to make money because his friend who does yahoo is rich and rides a good car, her friend who has numerous ‘aristos’ drives an SUV!
The things that interest him/her are things that do not add value. He /she has google but never uses it for advancement of knowledge but to download porn and other inanities. Yet, in TWENTY years time, they are the ones that will be contesting to become governors, senators, Reps members and even president.
They belong to a generation that does not care about morality. They belong to a generation that is motivated only by money and its acquisition. By 2035 to 2040, they will be our senators, Reps, governors and so on. 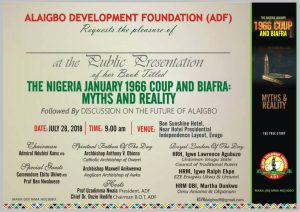 I wonder if we have ever spared a thought for how this country will look like under them. I told a man recently and these are my words: IF A GUY WHO IS IN LAGOS COULD USE FALSE PRETENCE TO
OBTAIN $20,000 FROM SOMEONE IN UNITED STATES, WHAT DO YOU THINK WILL HAPPEN IF SUCH A GUY BECOMES A STATE GOVERNOR AND IS IN CHARGE OF AN ALLOCATION HE DOES NOT EVEN HAVE TO OBTAIN UNDER FALSE PRETENCE? WHICH HIS STATE IS STATUTORILY ENTITLED TO. How did we get into this mess? How can we get out of this predicament? I am worried, deeply worried. Are you?