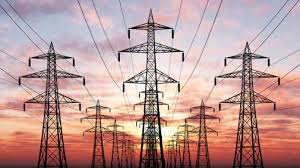 Worried by poor delivery of the Distribution Companies (Discos) and the Generating Companies (Gencos), the Federal Government has pledged to review the privatisation of the power sector to improve generation, transmission and  distribution.

The review will form part of the critical agenda of the second term of the administration, Vice President Yemi Osibajo said when he addressed workers on behalf of President Muhammadu Buhari, yesterday.

“As we are preparing for a second tenure in office, we shall be focussing on issues that will improve the lives of Nigerians and launch us into the path of progress. Focus will be on provision of infrastructure to grow the economy.”

He was specific that government would change the narrative in the power sector.

“We have reviewed the privatisation of the power sector and we must change the narrative by reworking the sector for optimum performance,” he assured.

This came as Organised labour renewed its call on government to revoke licences of GENCOS and DIscos over poor performance.

President of the United Labour Congress (ULC), Mr. Joe Ajaero, who addressed workers in Lagos, during the commemoration of the May Day, claimed the privatisation of electricity sector was riddled with corruption and has only produced more darkness and corruption. He demanded a review.

“It is important that the Federal Government informs Nigerians how much it has received from the GENCOSs and DISCOs as part of its 40 per cent ownership in these privatised entities,” he said.

Ajaero also said government has the right to revoke the licenses of the private operators as they have not been able to add anything significant to improve power in the country.

Organised Private Sector (OPS) has been calling for review and revocation of the Gencos and Discos for failure to improve the power sector over five years after the privatisation of the sector.

The administration of Goodluck Jonathan had privatised the power sector by splitting it into three components namely- Discos, Gencos and the Transmission Company of Nigeria (TCN).

The privatisation allows for review after five years, which elapsed last November.

The privatisation, observers said, has failed woefully to improve power supply and distribution, leading to outrage and widespread demands for its cancellation by consumers, while the companies trade blame on the worsening power supply nationwide.