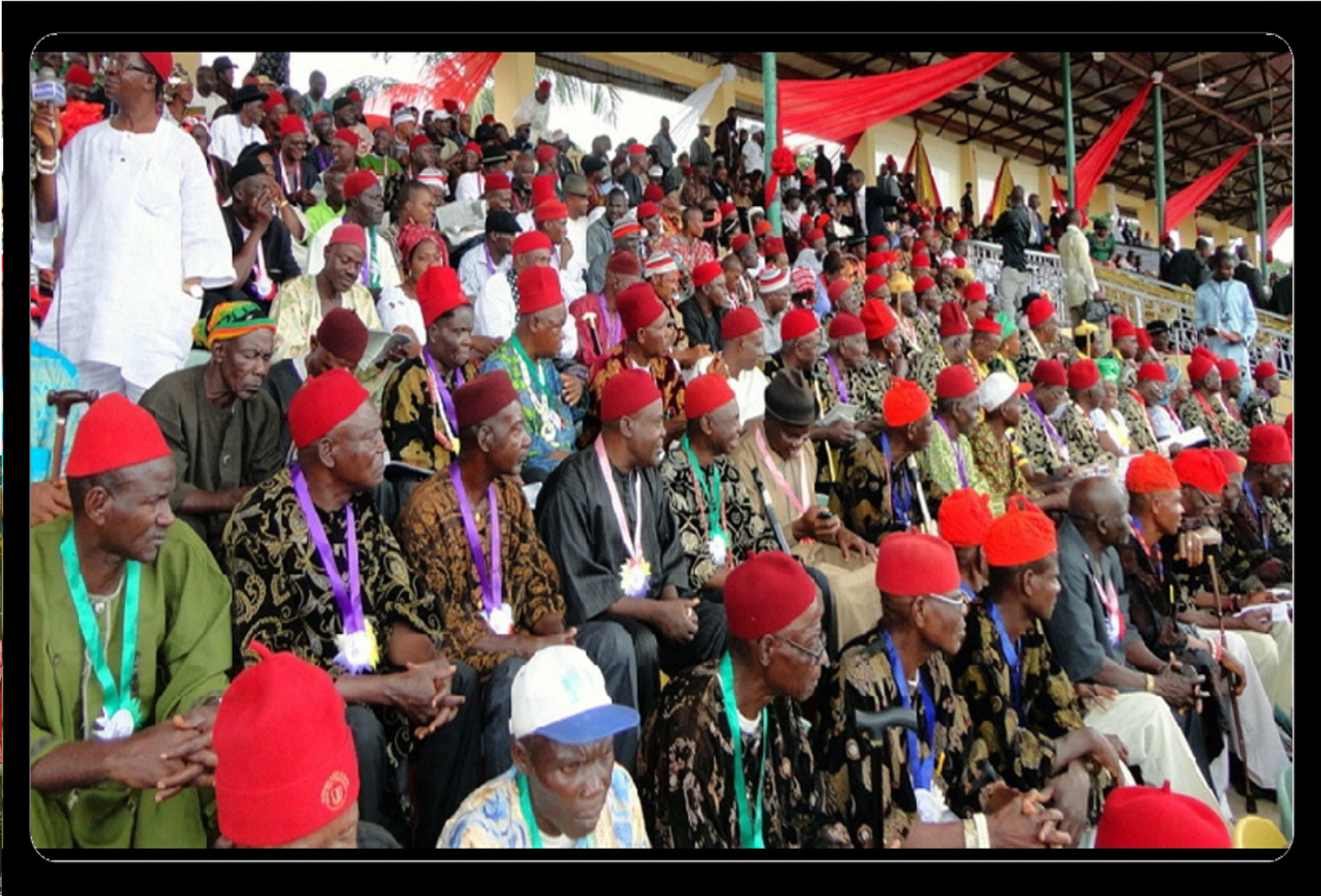 Tell those interested in Biafra to go, while others in love with Nigeria remai

Chairman of  The Coalition of Northern Youth, yesterday, said it has relaxed the quit notice it issued to Igbo living in the North.

This was even as the former Governor of Abia State, Dr. Orji Uzor Kalu, said there was nothing to be worried about.

Arewa youths, after a meeting in Kaduna, had given the Igbo living in the North an October 1, 2017, deadline to quit the region. The quit notice, which took the nation by storm, had generated diverse views across the length and breadth of the country.

Speaking with journalists when he held talks with Kalu in company of four other leaders of the Coalition in Abuja, Shettima said the meeting with the former Abia governor was not the first, saying they had held series of discussions since the ultimatum was issued.

Shettima said Kalu’s worries and concerns were basically on the issue of how to maintain the unity of Nigeria in line with the present situation of things in the country.

Shettima said: “Only those blind or ignorant would say the unity of this country is not being threatened. It has been threatened, but you have prominent Nigerians like him (Kalu) who have shown a lot of concern over the situation.

“We strongly believe Nigeria belongs to everybody and we are all equal in this project. And we will not, in anyway, accept anybody who wants to undermine the unity of this country.

“And that basis prompted our first frustration when we gave the quit notice. But events and time changed a lot of things. And this is one of the reasons why, today, you see us also having a meeting.”

Shettima continued: “We have held several meetings with prominent leaders from our regions: the likes of the Sultan of Sokoto; the Northern Governors, under the leadership of Kashim Shettima, the present governor of Borno State, and so many prominent Nigerians  have engaged us on this issue and how we can resolve it amicably.

“We are proudly Nigerians, we want the unity of this country and we want to associate ourselves with those who believe strongly in Nigeria, and Dr Orji Uzor Kalu is one of those we have a lot of respect for, not only because he grew up in the North or because he schooled in the North, but his antecedents, actions and inactions have clearly demonstrated that he is a man who believes strongly in Nigeria.

“And on that basis, we don’t attend to people who we are not too sure of their commitment to the unity of this country. But, to him, of course, a lot of us can attest to that. We saw him when he was a governor; we saw him when we were younger, as students and we have seen what he has been demonstrating. He has never changed from believing in one Nigeria.

“It is on that basis that we are here, today. We have discussed extensively since morning and, in fact, our discussion was very fruitful. We have assured him of our commitment to one Nigeria; we have assured him that we will work within the framework to ensure that at no point will we allow anybody to hold the country to ransom. We will ensure that we build a Nigeria of our dream, a Nigeria that all of us would be proud of.

“But we need to do a lot of consultation now. We are likely going to consult our Northern region before we finally review our position.

In his remarks, Kalu thanked Shettima and other members of the Coalition and affirmed that the discussions were very fruitful.

Kalu said: “People who think that any part of the country has nothing to contribute to its development are making mistakes.

“If this country is serious, agriculture can make more money than anything on earth. And the second thing that Nigeria can make money from is tourism. I would like to traverse from the Sahara desert  to the Atlantic Ocean. This is the only country that can proudly boast of having the two. Some countries are asking God to give them one of it. But we have the two.

“I want to thank Yerima Shettima for first agreeing to come to this meeting. We have been talking for a very long time. All through last week, I was in China and everyday, I called him and he would call me and we discussed about these issues. And we are getting to a common ground. There is no need of letting the cat out of the bag.

“When they say Igbo, many people are in the North, you don’t know who are Igbo and who is from Urhobo or from Bayelsa. All of them are Igbo as far as I am concerned. So, I want to assure the southerners who are living in the northern part of Nigeria that we will continue to put in our effort. Nothing would happen. Nigeria will be safe, our country will prosper,” Kalu said.