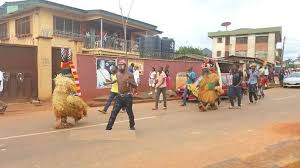 Imo Awka and Leadership Failure – PRM Cries Out !
A mass movement, PRM, has condemned the inability of town union Leadership in Awka, the traditional institutions in Awka and Anambra state Government to stop killings that have been going on in recent years during the climax of Imo Awka festival. 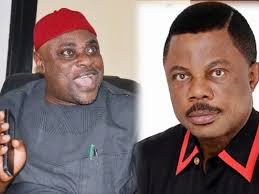 The movement lamented through her Regional Coordinator-Comrade Obumneke Okafor  that it is becoming obvious that leadership crises in Awka has extended their ugly legs to Imo- Awka, a peaceful ancient cultural festival, and turned it to a bloody festival where youths fight, rob the masses, injure and kill themselves. Non indigenes of Awka who reside, work and/or do business in Awka are not spared in this recent bloody acts.
According to Comrade Okafor ‘What worries PRM and the masses most is inability of Anambra State Government to stop this recent ugly development. It seems that there are “big masquerades” that are involved in the bloody acts who the State Government is afraid to query or arrest.
Anambra state Government cannot say that it is not aware that scores of people were being killed in the climax of Imo- Awka festival in the past couple of years. The indifference attitude of the State Government to the bloody acts is annoying and questionable.
PRM is assuring the People of Awka that this recent ugly trend will not continue. If the waring parties in Awka fail to sheath their swords, embrace peace and ensure that peace returns in the city and if Anambra state government fail to arrest criminals that terrorize Awka and Leaders of the gangs, PRM will force the Government to do the needful. We know what to do, but we are giving the State Government opportunity to arrest the recent ugly situation or see the masses in peaceful and legal actions’