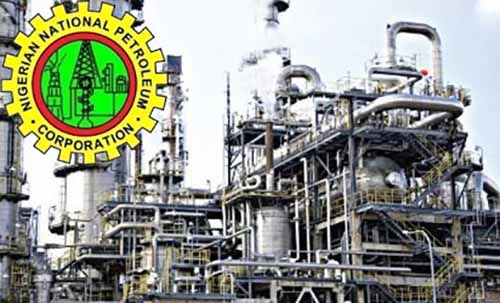 AMID growing concerns over possible hike in the prices of refined petroleum products in Nigeria, the Federal Government yesterday said it has no immediate plan to gut the subsidy currently being enjoyed by the citizens despite a tacit support from the International Monetary Fund (IMF) for its removal.

Nigeria’s Minister of Finance, Zainab Ahmed, who gave the government’s assurance at a closing press briefing by the Nigerian delegation at the just-concluded 2019 Spring Meetings of the World Bank and the IMF in Washington DC, said the government was still working on building the needed buffers to cushion possible shocks from subsidy removal and may not burden the citizens unnecessarily without credible alternatives.

Her explanation comes as rumours of imminent subsidy withdrawal and widespread cases of petroleum products scarcity and panic buying spread across major cities of the country.

According to her, “there is no imminent plan to re- move fuel subsidy. We are here to discuss with the global community on various policy issues .

“One of the issues that always come up in the report especially by the IMF as a corporate body is how we handle fuel subsidy.

The IMF is saying fuel subsidy is better removed so that you can use the re- sources for other important sectors.

“We will be discussing with various groups if we have to. What are the alternatives? We have not yet found viable alternatives. So we are not yet at the point of removing fuel subsidy.”

The Minister also revealed that her delegation held discussions with the World Bank with a view to taking another $1billion loan to finance development of the power sector.

Her words: “We also met with the World Bank Power Sector team and discussed the way forward on the proposed $1billion Nigeria Performance Based Loan (PBL). We agreed to bring relevant MDAs together to ensure that we advance this operation in a timely manner.”

She said the government would also discuss the Country Portfolio Performance of Nigeria which currently stands at $9.8 billion with the Nigerian team at the World Bank on how to manage the portfolio for optimum results.

Ahmed, who briefed alongside the Minister of Budget and National Planning, Udoma Udo Udoma, and Governor of the Central Bank of Nigeria, Godwin Emefiele, assured the Muhammadu Buhari administration was already working hard to create the necessary buffers for citizens before considering the IMF advice to remove subsidy.

Earlier in her opening press briefing at the ongoing Spring Meetings of the World Bank and the Inter- national Monetary Fund, (IMF) , in Washington DC, Managing Director of the IMF, Christine Lagarde, had advised Nigerian government to remove all forms of subsidies to en- able it raise more money to fund its dilapidated infrastructure and improve the living standards of the people given its poor tax to GDP status in comparison to others countries in its income bracket . This was even as she disclosed that a whopping $5.2trillion has so far been spent by oil producing nations on fuel subsidy in over four years.

Meanwhile, in a related development, the minister hinted of a plan by the Federal Government to launch a N15billion Green Bond to generate more resources to finance agriculture, solar power, and water supply projects.

According to her, the Bond which is being pack- aged by the Debt Management Office (DMO) is coming after the successful implementation of the first one floated by the Federal Government.