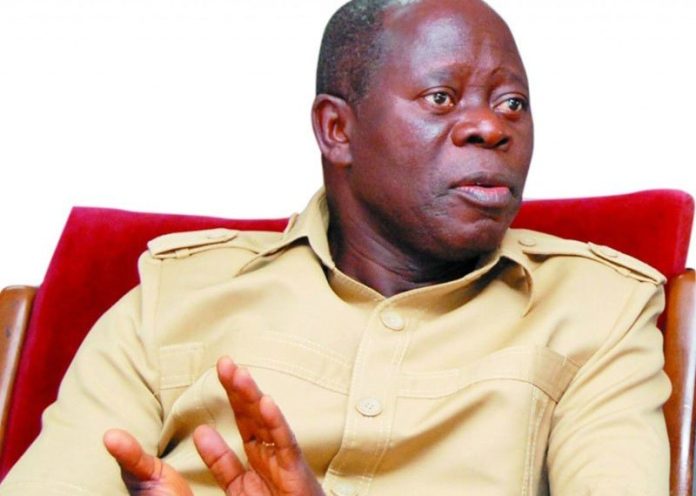 The surprise appearance  of National Chairman of the All Progressives Congress (APC), Adams Oshiomhole and Senator Godswill Akpabio, briefly disrupted the events at the Goodluck Jonathan‘s book, ‘My Transition Hours,’ presentation at the Congress Hall of the hotel.

Oshiomhole went around exchanging pleasantries with dignitaries including former President Olusegun Obasanjo, who looked the other way while the APC chairman shook his hands.

He, however, took a longer time shaking Jonathan and smiling to the camera.

He also greeted the People’s Democratic Party (PDP), presidential candidate, Atiku Abubakar and the governor of Bayelsa, Siriake Dickson and others.