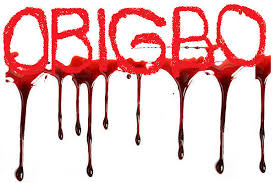 The Int’l Society for Civil Liberties & Rule of Law can circumstantially, verifiably and statistically state that the EndSARS protests in the Igbo States of Rivers (largely Igbo), Anambra, Enugu, Ebonyi, Abia and Imo were turned into shooting and killing spree by ethno-religiously imbalanced armed soldiers of the Nigerian Army and personnel of the Nigeria Police Force, leading to close range shooting to death of at least 110 unarmed citizens and terminal injuring of at least 200 others.

These, including Gov Wike aided Army massacre in Obigbo and environs, generally took place in 14 days or from 21st Oct to 4th Nov 2020. The killings were so glaring that the corpses of the slain littered inside the bushes and by the roadsides; with some buried shallowly or left to decompose and others picked up by their relatives or emergency officials of some of the affected States especially Rivers and Enugu States. There are also independent reports of scores of bodies of the slain buried atrociously by soldiers in shallow graves including melting them with acid substances. Such was the case in Aba in Feb 2016 and Sept 2017 and Onitsha and Nkpor in May 2016.

While most of the shootings, killings and injuries had occurred between 21st and 24th Oct 2020; a period of three days, in Enugu, Anambra, Ebonyi, Imo and Abia States, those of Obigbo and environs in Rivers State took place between 21st Oct when the Gov Nyesom Wike imposed curfew in Oyigbo Local Government Area, targeting Obigbo and environs and 4th Nov, a period of 14 days, when the curfew supposedly elapsed and the massacre forced to subside following public outcries. Since then, Gov Wike has been running from pillar to pole defending himself, saying he ‘did not invite soldiers to kill Obigbo residents”.

We also wish to state clearly that the 50 death figures and 80 gunshot injuries in Obigbo and environs are most likely to be very conservative. This is going by the fact that pieces of credible information are still filtering in and what we have given here is the general evaluation of what happened. The projected 50 deaths and 80 injuries were temporarily arrived at based on credible information gathered from some of the survivors, who also told us that “they saw soldiers driving away dozens of blindfolded residents of their area (Obigbo and environs) with their hands tied behind their back and taken away half naked in batches of military vehicles”. Intersociety is presently carrying out extensive investigation into the massacre especially with regard to ascertaining the final figure of the dead, the tortured, the sexually harassed including the raped; the burnt, the destroyed, the looted, the arrested and incarcerated and the permanently disappeared.

The number of those blindfolded and made half naked who were independently seen being taking away is estimated at over 200. Our contacts who independently verified from police authorities said police told them that none of them arrested and taken away by soldiers since 21st Oct has been handed over to the Rivers State Police Command as at 4th Nov 2020. This raises serious suspicion of secret killing of scores of them by soldiers and possible decimation of their bodies with acid substances for purpose of erasing traces. We also seriously suspect that those arrested since two weeks and possibly held illegally in secret Army custodies are most likely to be undergoing outlawed and agonizing detention practices.

Therefore, as statistics conscious rights group, Intersociety has refused to speak categorically on Obigbo massacre until pieces of reliable statistics or information are gathered. That is to say that this position of ours on the number of the slain and the maimed arising from the massacre is not final, but a credible attempt to present the thirsty global community with a general statistical idea of what the ethno-religiously lopsided Nigerian Army did to Christian citizens of old Eastern Nigeria in Obigbo and environs, in full conspiracy of Gov Nyesom Wike.

We are also in possession of dozens of photos and videos of the slain and the maimed, collected from Rivers, Anambra, Ebonyi, Imo, Enugu and Abia States. Apart from getting them from direct source, they have also been manually and forensically investigated. The photos and videos, many of which not public image friendly, except on personal or formal request, clearly depict deadly use of force by the culpable soldiers and police personnel particularly in Obigbo and environs where ‘heavy’ military bullets were used against unarmed and defenseless citizens.

The victims were also targeted and shot at close range and forbidden or sensitive parts of their bodies; all with intent to massacre or slay. That is to say that the slain victims seen and verified were shot at close range and their sensitive parts including forehead/brain, chest/heart, abdomen/manhood, stomach, and eyes/nose/mouth regions. For instance, Intersociety agrees with Gov Nyesom Wike, to an extent, that “some photos and videos being flooded in the social media as those linked to Obigbo massacre are fake or not connected with same”, but not all of them are fake or with different origins.

Gov Wike’s position on this has implied that ‘soldiers and proscribed SARS operatives did not kill defenseless residents of Obigbo and environs, or destroy and burn properties including residences, or sexually harass including engaging in forced sexual intercourse with or raping unmarried/young married women, or carry out general acts of torture, or blindfold some defenseless residents, take them to unknown military destinations and possibly kill them, or engage in mass arrest of hundreds of the residents of the area; etc. Contrarily, reverse is the case.

Obigbo Casualties & Injuries: Therefore, in Obigbo and environs in Rivers State, we can temporarily confirm the killing of at least 50 unarmed citizens and injuring of not less than 80 others. We can also confirm eleven deaths so far out of which, eight has their names identified and three yet to be named. Their names are: (1) Pastor Igwe (slain husband of Mrs. Amara Igwe), (2) Queen Nwazuo (slain fiancée of Mr. Monday Bakor), (3) Okoro Peter and (4) Chinwendu O.: they were shot at close range and killed instantly by soldiers on 24th Oct 2020 few meters away from Gov Wike’s convoy.

The Gov was visiting Obigbo to assess his military deployment and curfew same day and the two young residents barely emerged from their houses to hear what their Gov has come to tell them when soldiers sighted them and opened fire, killing them instantly. They were shot at forehead, forcing the brain-box of Late Chinwendu to bust and emptied at the center of the road. Other dead citizens were: (5) Jude Egejuru (died from gunshot injuries), (6) Clifford Nkemdilim, (7) Late Miss Ngozi Ozuo, (8) Udeme Ossy Monday, (9) a yet-to-be identified dead citizen, (10) second yet-to-be-identified citizen and (11) third yet-to-be-identified dead citizen. It must be noted that soldiers took away bodies of most of those killed.

In Anambra State, where at least ten unarmed citizens were killed, among them were: (1) Ezenwile Okwuchukwu John, (2) Obasi Mmaduabuchi, (3) Nwafor Ikechukwu and (4) Ekeh Emmanuel Friday; and among 20 wounded citizens are: (1) Okafor Chidi, (2) Ogbada Chinonso, (3) Chigozie Ezenwa, (4) Nwokwu Anayochukwu and (5) Onuoha Kalu. In Abia State, where up to, if not over 20 citizens were killed, among them were: (1) Ifeanyi Nwaogu, (2) Isaiah Chiedozie, (3) Chijoke, (4) Chinedu, (5) Kelechi Godslove, (6) Uche (killed at Ogbohill, Aba), (7) Gorge (killed along Cameroon Road, Aba) and (8) Chukwuka Odinaka Omemma; and among some 25 gunshot injured citizens are: (1) Cyprian Onwe, (2) Uchenna Kalu, (3) Nze Anayo Okoro, (4) Enyinnaya Agha and (5) Chinomso Nkalu. In Imo State, ten persons were killed in Mbaitolu and Orlu and about 15 others shot and injured. Among the dead were Late Mr. Agomuo of IMSUBEB (killed by Army at Nworie-Ubi, Owerri) and Mr. Uwadi Ebuzoeme shot dead in Orlu.