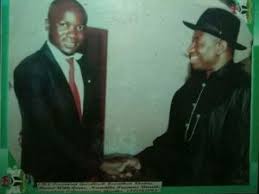 A Foremost Runner to Orlu Senatorial Zone -Comrade Precious Nwadike has alleged threat to his life.This allegation was forwarded to BVI Channel 1 online through a press release issued by Comrade Nwadike Campaign Organisation (CONCO) .The press release reads
‘Our attention has been drawn to series of threats to the life of our principal, Comrade Precious Nwadike, which had worsened since he expressed his intention to contest for the Orlu senate seat in the forthcoming general election.
It is on record that our principal is the publisher of Community Watchdog Newspaper that published the story about how a cook attached to the office of the Chief of Staff, government house, Owerri, Mr. Uche Nwosu absconded with a huge sum of money. Shortly after the publication, he was arrested and subsequently arraigned in a magistrate court with charge No. OW/45/IC/2015. Thereafter, they also instituted another case of defamation, with Suit No: HOW/592/2015 against him at an Owerri High Court.
It was at this point, that he approached the courts to enforce his fundamental rights, joining  Uche Nwosu, Imo state Commissioner of Police, Police Service Commission, Attorney General and Commissioner of Justice, Inspector General of Police as co-defendants in a Suit No: HOW/41/2016. All these matters are still subsisting.
It ,therefore ,baffles our organization that in-spite of these pending court cases, some people have resorted to crude and archaic methods of settling scores. The latest of such threats, happened at exactly 9.45am on Monday, 2nd July, 2018, when our principal visited the Imo state Commissioner for Works, Hon. Josephine Udorji, who invited him for a press briefing. As is well known, our principal is a seasoned journalist and media consultant.
While interacting with the Commissioner in her lounge, in the presence of Ideato South Chairmanship aspirant, Mr. CJK, a lady named Beatrice Onwuzuruike, who had earlier appeared as a prosecution witness in one of the cases but later turned out to be a personal aide of Mr. Pascal Onwukaike, Uche Nwosu’s counsel in the case of defamation at the Owerri high court, walked in, pointed at our principal and said, ““madam, what are you doing with this journalist that has been against my principal. We have been looking for an opportunity to deal with him seriously”. It took the intervention of the Commissioner to calm the situation and avoid unpleasant consequences. When our principal eventually came out, he saw some stern looking young men, suspected to be goons, hired to carry out the hatchet job and he hurriedly left the scene.
We know that our principal, Comrade Precious Nwadike is not a chicken hearted person and will not, for any reason succumb to any form of intimidation or   threat to his life.
However, the campaign organization, wishes to use this opportunity to warn those involved in these clandestine moves and attempts, to desist forthwith, from threatening Comrade Precious Nwadike’s life.
We are committed to introducing a new dawn in the political horizon of our state, hence, the idea of using threats, intimidation and other obsolete methods to scare and silence credible men of goodwill who have the needed capacity to lead from delving into politics are gone and gone forever, in the interest of Imo people.
We also assure the good people of Imo, particularly our Orlu zone that our principal, who is a well known human rights activist, will continue to stand for the voiceless and oppressed.
It is obvious that the publication he made about the gross misuse of the bailout fund was for the interest of suffering Imo civil servants, pensioners and contractors whose monies were captured in the allegedly stolen bailout fund. Besides, he, Nwadike does not have the opportunity of benefiting directly from the stolen fund.
There is therefore, neither retreat nor surrender in the struggle to salvage Orlu people.
We also use this opportunity to inform the general public that those who claim to be mighty and powerful are still committed to impoverishing and enslaving the people and are ready to do anything; including assassination of those whom they feel are not in their fraternity and as such, obstacles to their evil machinations and practices. We urge Imolites and Orlu zone in particular to make good use of the next opportunity, by voting out ineptitude, tyranny and non-performance and enthrone credible candidates, which is what “Our Orlu Project” represents in all ramifications’ The Press release concluded
Maureen Reporting for BVI Channel 1 Online