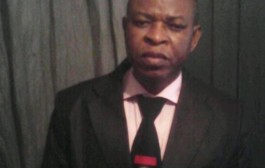 Politics from my personal point of view, is a social re-engineering process of human mind, understanding and belief towards a required goal.
Political democracy does not begin and end at choosing our Government.  It equally includes making bare to the people all the facts about governance to enable them decide what is best for them and their government.
It primarily includes debates, because it is during debates that most known and unknown facts are presented and laid bare on the table for public analysis. Without political debate, masses are left in the dark, that when asked to choose in an election or referendum, may make the worst choice.
Referendum is an act of choosing from a presented options. In a referendum, the masses are required to make a choice, and without sound knowledge of issues, events and positions, may choose a route that may not be to their over all interest. Therefore in considering the issue on the table: Biafra Referendum, to be known as Biafraexit or Biexit or Biaexit, there must be a serious campaign by the protagonists and antagonists. Both groups must hit the road to convince Biafran electorates on the right things to do  .
During one of my evangelical mission across Biafra land, a man accosted me with the challenge that a referendum for Biafra will fail if care is not taken. I told him that we would not allow that to happen. So how do we ensure that Biafraexit won’t fail? It is by convincing doubting Thomases that Biafra offer Biafrans the best option to life.
How do we do that if not through debates, conferences, town hall meetings etc etc. As we are evangelizing for Biafra, we know that many of our people who have their wealths located in the Northern and Western Nigeria have been foot-dragging about the safety of their wealth after Biafraexit. How then can we positively engage them or their leaders to be assured of the safety of their properties? How can we re-direct our people on all they ought to do to help Biafra emerge without violence? How can we inform our people that Biafra is possible one way or another without politically debating it? Or do we want another war that comes with propaganda?
Restoring Biafra through peaceful referendum is a political process. Nigerian government occupation of Biafra land has in its wake left an indelible mark on the Psyche of our people. The effect is so much that right now the biggest verbal opposition we encounter during our evangelical mission for Biafra, is Biafrans. I have never encountered a Northerner or Westerner against Biafra as much as I encounter Biafrans. Though at the end of each encounter/debate the person eventually always goes home better informed.
Therefore , there is need to officially embark on serious debate to ensure that our people are better educated/informed about Biafra. It is like during an elections, contestants are recently being invited to debates,  to publicly inform the voters of the level of their preparedness to lead their people. Those avoiding such debates have proven to be empty and bad leaders. Biafrans are not in that category.
Politically speaking, we are aware that the Sharia Government has a wide range of power to operate right now in the ‘Northern States of Nigeria’ because the various state Houses of Assembly in the North have passed a law elevating Sharia law to state law. In Biafra, non of our State Houses of Assembly has passed the elevation of our Customary Law bill sent to them for passage for 2 years running. This is because Biafran activists are not in those Houses as elected members.
That has been hampering our attempt to gather Biafrans together for international recognition. It is necessary to inform us that the UN and other nations abroad are waiting for Biafrans to approach them through our de facto Government. Though , that is already taking place indeed, but needs more fine-tuning.
Therefore, the need to take over our political space cannot be overemphasized. The taking over must be achieved through organized mass political awareness and raising of new Biafran political class to those positions. Political democratization and empowerment of Biafran populace towards taking control of the Biafran political space is therefore a welcome development.
Biafrans are orators. Are we therefore afraid of debate? No! I think those against political debates missed the mark. Let them rethink. By debating Biafra, we bring back some of our people who are either sitting on the fence or are deep into the ‘enemy’s territory’. Therefore Biafrans should pease support MOBIN(Movement Of Biafrans In Nigeria) to radically open the Biafra political debate room. Let all of us march forward to literarily bring down the walls of Jericho as we moor down the information barrier our opponents are using to cage our people against Biafra.
Forward ever, backwards never! Biafra alive!
Sign: Aniebue Anthony.
The Administrator, Customary Government of IPOB CG-IPOB