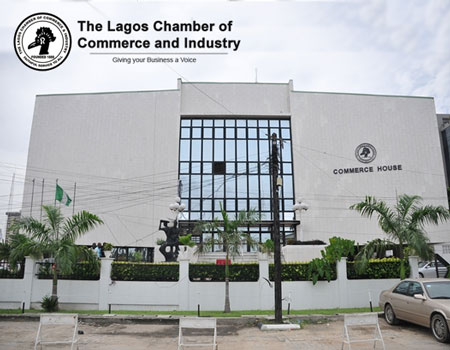 As businesses and citizens continue to groan under the worst recession in history, members of the Organised Private Sector (OPS) have called for reevaluation and reassessment of government’s economic and foreign exchange (forex) policies, among others, to rejig the economy.

Both the Lagos Chamber of Commerce and Industry (LCCI) and the Nigeria Employers Consultative Association (NECA) believe that the government has  vital roles to play if the economy must have a quick return-around.

The LCCI Director General, Muda Yusuf, who said the news of the recession did not come as a surprise as the economic contraction was 3.62 per cent in the third quarter as against 6.1 per cent in second quarter, however said that with these numbers, one could possibly say that the worst is over as the contraction in the third quarter was much less than what was experienced in the second quarter.

He said: “Regrettably,  the #EndSARS crisis may perpetuate the recession into the fourth quarter. The protests and the destruction that followed was a major setback for our economic recovery prospects.

From an economic perspective, 2020 has been a very bad year.  The worst in recent history.  We are faced with the double jeopardy of a stumbling economy and spiraling inflation.  The October inflation numbers of 14.23% was the highest in 10 months.  In economic parlance , this condition is characterised as stagflation. The effects of these developments are evident in business and in households.”

The LCCI boss opined that, to facilitate quick recovery,  government need to restore normalcy to the forex market by broadening the scope of market expression in the allocation mechanism.  He added the Ports systemshould also be more investment friendly as trade is critical to recovery.

Its Director General, Dr. Timothy Olawale, noted that “with high level of inflation and unemployment, exchange rate and other macro economic indices, there is need for urgent reevaluation and reassessment of government’s economic policies,” he said

The NECA boss said there is urgent need to increase aggregate demand in the economy as a way to spark economic activities.

He said, “Government should give more tax cut to promote business capital investment while encouraging local and foreign investment. Government should fast track the implementation of policies to diversify further its export potential, mostly the huge stock of natural and agro resources in order to reduce pressure on the foreign reserves.

“We call for more robust and comprehensive expansionary fiscal and monetary policy packages to expeditiously reflate the economy out of the current crisis.”

A Development Economist, Mr Odilim Enwegbara, described the second recession as worrisome, saying that the country may go into bankruptcy if it does not quickly exit the quagmire.

Enwegbara noted that given the unproductive economic system Nigeria runs, the frequency of the recessions would become shorter over time.

He said; “I have been saying it since 2016 that in less than five years, the country would witness another but longer recession. I have also said that if care is not taken, the country could during the second recession go into bankruptcy.”

According to him, “one of the good ways to realise money is to look within yourself, to see if there are assets you can dispose of. If government were to get out of a lot of things it shouldn’t be doing, it will be in a stronger position to focus on work in the economy. For me, government should take into account, the unions and privatise all the airports. Government’s best way of generating revenue is from taxes. Government is still borrowing money and putting into Ajaokuta instead of selling it. The number of businesses that government has across Nigeria can generate about N20-30 trillion.”

For the aviation sector, an expert, John Ojikutu, said government cannot keep sustaining the airlines as ‘they have always been in a recession’

He suggested that airlines should review ticket price upwards if they want to survive economic hardship.

“Does it make any economic sense to the airlines to be selling tickets to places like Abuja at a rate less than N40,000 or $100 now that dollar is N400+/$ which in 1989/90 was selling too at $100 when naira was N4/$? I often say that the business plans of the airlines from the date of the liberalisation of the industry in 1989 has serious faults and nobody, not even the Nigerian Civil Aviation Authority (NCAA) and the National Assembly (NASS) have considered it necessary to know why they have been having short lifespans. What everyone is always thinking about is how to support the airlines with public monies that are not sufficient for major social services for the greater number of the citizens.”

According to the President of Pharmaceutical Society of Nigeri (PSN), the secondrecession is not uniqueto Nigeria.

He, however, lamented that “the consequence to the people is that when an economycontracts,it means that total output becomesless,everything becomes expensive because price goes up.. This will further increase the level of hardship, unemployment will increase,inflation will go up,increased hardship will cause social disquiet and disruption.

“Faced with the challenge of recession,governmentmust do somethingto reverse it as quickly as possible.”

Andrew Nevin, the Chief economist,of Pricewaterhouse Coopers(PwC) lamented that the second recession is very painful for the economy as more people slip into poverty and greater unemployment.

“What is requirednow is greater investment in the country from Nigerians at home, Dispoprans,and other investors.

“Key sectors need structural performance like the real estate, investmentin infrastructure,power,ICT,agriculture. We need to continue to work on a better businessenvironment,more coordination between the federal and state government.Focus more on state level developmentand engagementof the Disporans to get the funds we need.