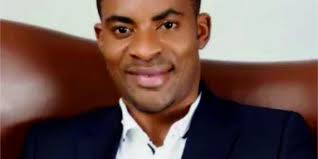 Concerned Nigerians group calls for Abike Dabiri sack over fraudulent Martin Luther King’s award
Our attention has just been drawn to a statement made by the Senior Special Assistant to the president on Foreign Relations and Diaspora Affairs, Mrs Abike Dabiri-Erewa.
Mrs Abike Dabiri during a live radio program on Ray Power FM, referred to our convener, Deji Adeyanju as an ‘Idiot’ for exposing the scam called Martin Luther King Jr’s leadership award conferred on president Muhammadu Buhari.
An unrefined Statement like this is unbefitting of the Office Abike Dabiri occupies.
We find it amusing that instead of clarifying to Nigerians on the sham award, the senior special assistant to the President in her usual condescending way of responding to issues of national importance resorted to insults and petty name calling.
Abike Dabiri refused to apologize to our convener, Deji Adeyanju when the anchor of the program, Political Platform Amaechi Anakwe asked her to retract her statement that it is unprofessional and not a broadcast language.
It is baffling that Abike Dabiri-Erewa with her wealth of experience as a broadcast journalist,  would on a live radio program be so boorish  and uncouth.
You would recall that our organization concerned Nigerians had issued a statement condemning foremost American Civil rights activist, Martin Luther King Jr’s family and center for conferring on President Buhari, a leadership award as this is was a sharp contrast to what the late civil rights activist lived, stood and died for.
We also call on the president to investigate Abike Dabiri over alleged media reports that $3m was purportedly paid for the Fake MLK award conferred on the president.
We wish to further point out the incompetence Abike Dabiri and her team for not being able to verify the authenticity of the award thereby embarrassing the country and our president before the international community.
After several calls and text messages to Martin Luther King’s Centre on the veracity of the purported award conferred on the president, the Centre replied through their official verified twitter handle by saying; “The award given to President Buhari of Nigeria was not given by The King Center, at the request of The King Center or by the children of #MLK and #CorettaScottKing. @MrFixNigeria”
If the senior special assistant has any iota of shame left in her, she should immediately tender an unreserved apology to our convener for belittling her office by using a foul language on a citizen whose only crime is to ask for accountability and transparency from the government.
Moreover, we are calling on the president, Muhammadu Buhari to immediately sack Abike Dabiri-Erewa for inappropriate behavior and incompetence.
Theophilus Abu Agada
National Publicity Secretary