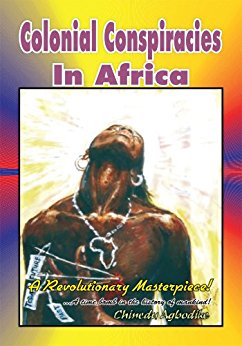 Now, it’s difficult to piece together what is going to become of Zimbabwe after now, however history  gives us a peek at the key actors in the drama currently playing out.
Now, this is the story you dont’t know.
Mugabe the deposed President of Zimbabwe, Constantine Chiwenga the Head of the Zimbabwean Military  and Mnangagwa the sacked Vice President of Zimbabwe are all friends, very good friends, they are comrades.  The three men were in their 20’s when they entered the bushes and took part in the liberation struggle to free  Zimbabwe from white rule. Mugabe who was initially the Sect General of ZANU PF, became the  head of state, the other two men were equally given plum positions of power and have continued as the 3 musketeers presiding over the destiny of Zimbabwe for 37 years.
Sometime in the 90’s –  Mugabe,  the first musketeer fell in love with his personal secretary who happened to be another man’s wife at the time, the lady’s name was Grace and she became his mistress. While Mugabe was still married Grace had children for him. In 1996 they became man and wife after the death of Mugabe’s first spouse.
But Grace was no ordinary mistress turned wife, she was not ready to take a backseat, she turned herself into Mugabe’s political confidant, she used the bed and made her way to the very centre of Zimbabwean politics straining the relationship between Mugabe and his two comrades.
Mnangagwa the 2nd musketeer after many years of loyalty became Mugabe’s Vice President in 2014, paving the way for his eventual hold on power should Mugabe retire, resign or die. But Grace had other ideas she wangled her way into ZANU PF’s politburo and began her move to take out Mnangagwa and take power from her ailing husband.
In August 2017 Mnangagwa accused certain persons in the party of trying to poison him and made references to Grace. This didn’t go down well with Mugabe, how could anyone accuse his beautiful harmless  Rose flower. What Mugabe forgot was that boys are allowed to fight but the brotherhood must stay strong and united. In a move that shocked  everyone (but didn’t shock his beloved Grace) , he removed Mnangagwa from the position of Vice President, Mnangagwa not sure of what Grace will do to him fled to South Africa.
Now, in comes the 3rd musketeer Chiwenga Head of the Zimbabwaean military, a friend and brother of both Mugabe and Mnangagwa, “this is all the fault of one woman”, he is probably thinking  in his mind, ” we were one until this woman came. I trust Mnangagwa to takeover, I don’t know this woman; by the way, where was she when we were sleeping in the bushes before the liberation”.
Chiwenga sends a warning to Mugabe advising  him to put his house in order, the first time he has ever spoken this way to his senior comrade. Thinking Mugabe will take the signal, call him, negotiate and talk things over a cup of tea. NO! Mugabe does the exact opposite, he sends his Minister of Information to tell the Army General to stay out of State matters, Mugabe then finalises plans to sack Chiwenga. The military chief  at this point knows his brother and comrade in arms  has drunk deep from the strange woman’s bosom, it’s not him speaking anymore,  so he rolls out his tanks early this morning. He’s therefore right when he says,”this is not a coup” ; when you really look at it,  3 friends have only fallen out over the ambitions of a woman.
Latest reportś say Mnangagwa the 2nd Musketeer is on his way back from South Africa, i’ve just seen a report he’s been installed interim President.  The 1st Musketter Mugabe is under house arrest. The 3rd Musketter is in the saddle promising calm and quick elections. The 3 men have held Zimbabwe under lock and key for 37yrs, this is nothing but a change of baton. Zimbabwe needs a real revolution out of  the hands of the veterans of the liberation struggle. In the 21st century Zimbabwe is the frozen out Animal Farm in George Orwells celebrated work.
Meanwhile the woman Grace, who started the whole katakata,  I hear has fled the country leaving her beloved  husband who sacrificed everything to face an uncertain fate.
16 million Zimbabweans could not remove Mugabe  but a woman did.
Mama was always right when she always told me, “son – be careful who you fall in love with and eventually marry”.
A lesson to all men.