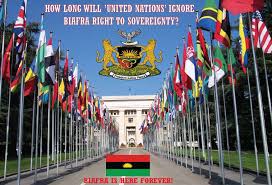 These idiots expelled in recent months from the rogue terrorist group from, 2020, are not necessarily fighting the monster but they are positioning to enthrone themselves as the supLim Reader did when he presented himself as saint, gave us high hopes, castigated and maligned every souls threatening his enthronement painting them as evil.

From Uche Mefor down to the least expelled idiot, they are all worst than the supLim Reader of the IPOPIGS-IPONK, they have been complicit in the illicit deliberate exploitation of our people ab initio, sponsored and led many to deaths, destroyed many lives, rendered many incapacitated due to injuries sustained from gunshots and tortures from incarcerations, rendered many useless and above all rendered many senseless.