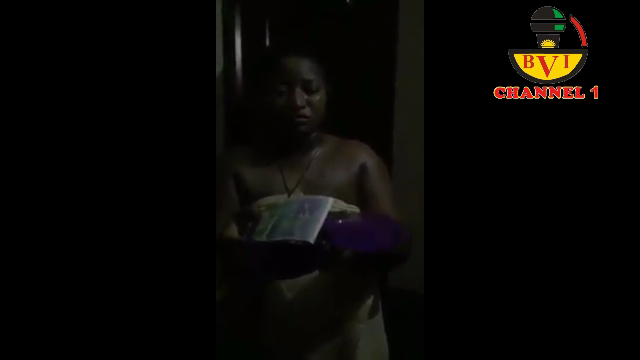 A video currently trending on social media shows a housemaid who allegedly stole N5million naira from her employee after just nine days on the job The housemaid who was said to have come from Cotonou named Kumenu Tope Samenu, has confessed to stealing money from her employer’s room in Lagos.

In a video shared by one one Uju Patricia on Facebook, Tope confessed that she usually uses a spare key to open her madam’s room and steal her money which is usually in Pounds and Dollars. She even opened a bank account where she keeps the money she steals. As at the time she was caught, she had allegedly stolen over N5 million. This story has not been confirmed yet.

Buhari has Handed Over Nigeria to Terrorists- Deji