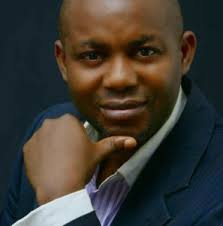 History is being made ! We are gradually fixing our politics. We are quietly restoring our trust system that was almost destroyed by our political players since after the civil war.

It takes a lot to gain peoples trust and confidence. You must have a history of consistency and ideological drive. We have our history in 2016/17 . We played ideological politics ,rejecting monetary offer to do away with our ideology. Politicians saw another breed of young people on rescue mission .

We hosted Ezeemo Team on today Radio program ! We proved to people that politics of ideas is better than politics of money . It is lack of trust that prompted short term benefit which is money and gift. While some people are busy moving from one church to the other with loads of money,hosting party meeting in different wards ,from one party godfather to the other with the same old rhetorics,wise ones are thinking messages that will win the hearts of party delegates.

Change is constant! This is one thing black men have refused to accept. In 2017,UPP imposed an unpopular Candidate on the party and that marked the end of Chekwas political sojourn. We warned him but he preferred short term and momentary benefit .Peter Obi and Victor Umeh disqualified many good Aspirants to impose the present Governor on APGA. Though ,he(Obi) succeeded but he never bargained what he went through at the hands of the same person he assisted to become Chief Executive of the State! Do we learn anything from the recent history ?

People are enjoying our stories at Odenigbo FM 99.1 every Monday.The followers are increasing by the day .Today ,it is about 150,000 across the country! The people are gathering under one canopy – the truth about good governance!

Mr Godwin Ezeemo Team did not disappoint anybody . They promoted Ezeemo brand ,it is left for the people to judge .Public opinion is being formed among PDP delegates. That is the idea of peoples Parliament. The journey has just started .