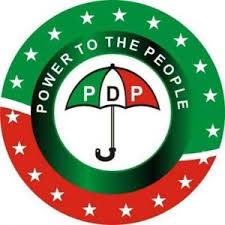 The People’s Democratic Party, PDP, is enthusiastic over the success of its e-registration exercise even before it kicks off on Monday, August 9, 2021.

This, according to its National Publicity Secretary, Mr Kola Ologbondiyan, in a press release on Sunday, is because of the “unprecedented massive surge by millions of Nigerians ready to participate in its nationwide electronic membership registration”.

Full text of the release:

The Peoples Democratic Party (PDP) has witnessed unprecedented massive surge by millions of Nigerians ready to participate in its nationwide electronic membership registration ahead of the pre-launch of the exercise slated for Monday, August 9, 2021.

This is as Nigerians, in their millions, across the six geo-political zones, surged with enquiries in their interest to register as members of the PDP barely 24 hours after the official logo and notice of the exercise appeared on the party’s handles as part of the public sensitization ahead of Monday’s pre-launch.

Chairman of the PDP e-Registration Committee, Governor Godwin Obaseki of Edo state is billed to performthe pre-launch for public unveiling and demonstration of the procedure for the exercise at the PDP National Secretariat in Abuja on Monday, August 9.

The PDP appreciates the massive interest by Nigerians to join the PDP while assuring that the e-registration process is simple and people-oriented.

The PDP notes that the interest by Nigerians to register as members of the party is in furtherance of their determination to rally on our platform to rescue our dear nation from the misrule of the All Progressives Congress (APC) and return her to the path of national cohesion, unity, stability and economic prosperity, which they enjoyed under the PDP administrations.