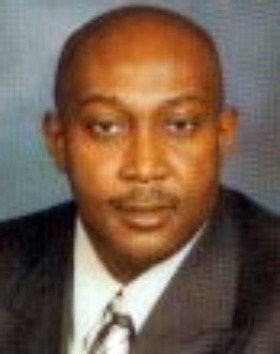 I keep the  Commandments meticulously not because of the fear of God but my distaste for hurting so great a friend, companion, and benefactor. It is an intimate relationship that means everything to me and as I have grown in love of God so have I been rewarded with peace, wisdom, and happiness that the world cannot give.

But the average Christian doesn’t have to be a  theologian and philosopher. They need a God they can fear, relate to, love, and be an ever present help in times of crises.

Since the Whiteman sold  their own understanding of God to us, our society has degenerated.

Their emphasis is on a merciful  God, slow to anger and  abounding in bottomless mercy. It is no longer Yaweh who is terrible to the Kings and Princess of the earth but God who forgives all vices. Gone is the concept of retribution and natural justice. God forgives is the emphasis.

That emphasis on an ever merciful God has created permissiveness that has hurt Igboland so deeply.

And here is  why.

The Whiteman destroyed our criminal justice system and gave us his District Courts. It worked when he colonized us. It works in their country. The moment he left, we corrupted every bit of it. With a little money to bribe everyone from Police man to Judge, anyone can commit murder and go free.

In the days of our forefathers , high crimes carried instant punishment . .it was automatic .. oso ochu or expitiation. We feared Eze Chukwu Okike. His agents are terrible.

The point is that we do not understand the concept of the rule of law that works  so well in the Whiteman’s world.

The result is moral decadence of extreme proportions.

So this is not about antipathy towards Christianity. Mba. We need to understand  that the Whiteman’s theology does not work for us.

Our forefathers anchored their criminal justice system on Eze Chukwu Okike administered ever so vigorously through his manifest agents.

The Whiteman displaced all that and gave us a soft hearted father God who weeps for our sins rather than punish us gravely for them.

What am I saying? I am saying that theology has to be functional and it should start by indigenization of Christianity to align with the way we think.

I really do not see anything radical about Igbo indigenization of the Christian  Church as clearly as it now appears that the  Whiteman’s theology is not working for  Ndiigbo.