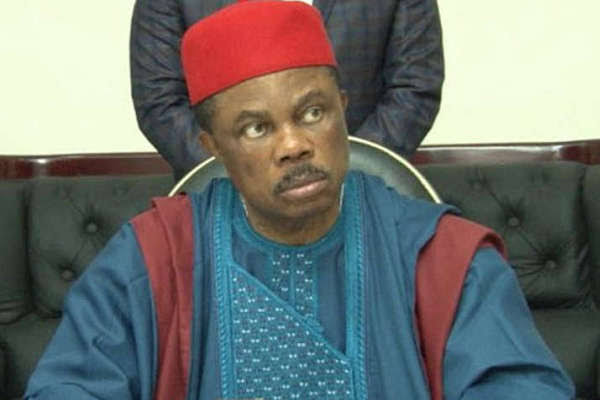 Suspension of the Traditional Ruler of Ukwulu, Igwe Peter Uyanwa : A celebration of Emotionalism, Sentimentalism and Unseriousness by Governor Willie Obiano and his Advisers

Just last two weeks or thereabout, I was shocked to read on the pages of “social media” that the traditional ruler of Ukwulu, a peaceful community in Anambra Central has been suspended by the government of Anambra State. The news was so disjointed and scattered around the e-media space that warranted a search for it’s source and authenticity! By the break of the day after I saw the news, behold the Anambra state government official spokesperson authenticated the news in his social media wall (Facebook)! The news was true and government insisted the Igwe of Ukwulu was suspended from his throne !

Typically, the sound question to ask is; what reasons could lead to the sudden, frantic and rushed suspension of the traditional ruler without prior statutory queries, panel of inquiry or probe committee set ups? I read from the walls of two government official spokepersons ( James Eze and Emeka Ozumba)the grounds of the suspension of the traditional ruler. But two “logically fixed” grounds came up:

1. That there have been tussle of “Igweship” between the current traditional ruler, Peter Uyanwa and the family of Tagbo, whose late patriarch was the former Igwe of Ukwulu

2. That Gen Sani Abacha dethroned the Sultan of Sokoto! That the Governor of Kano State Abdullahi Ganduje dethroned Emir Lamido Sanusi and therefore Governor Willie Obiano can and has the right to dethrone Igwe Peter Uyanwa!

The above was the deductible logic of justification from the press statement issued by the Government of Anambra State! But the question is begging and has not been answered two weeks after the assault and insult to the sacred stool of Ukwulu Kingdom. The core issues for urgent attention of Ndi Anambra are:

1. Is there a tussle of Igweship in Ukwulu kingdom? If there is, of what nature and degree?

2. Who has the legitimacy of staff of office both from the Ukwulu community and government in the days preceding the suspension?

3. Is the tussle of Igweship, where it exists at all, grounds under Anambra law to suspend an Igwe without setting up panels or committee for investigation and report?

4. Most importantly, is Ukwulu community under any crisis or at war with neighbors or intra family wars in a manner to breach public peace and endanger security? Where is the security report of such wars and crisis?

The above questions are for point 1 and for point 2;

1. What is the necessary connection between the actions of General Sani Abacha, a military despot of ignoble memory in dethroning the Sultan of Sokoto and the actions of emotivism in a democratic system by Governor Willie Obiano ( An elected Governor)? Is the logic connected by “If Abacha can do it without reasons and due process, Willie Obiano can also do it without reason or due process”?

2. What is the necessary logical connection between the drop-in of Abdullahi Ganduje’s action in the case of Emir of Kano and the infantile action of unilaterally suspending a traditional ruler of a peaceful community from the comfort of a liquor-laddened government house?

3. Did Governor Obiano and his cohorts not read of the several queries, invitations and panel of inquiry set up in the case of the Emir of Kano before his eventual suspension? Did he not read of the steps taken before the suspension in a democratic setting albeit Ganduje’s vendetta and ego massaging mission?

Who is actually advising this Governor and Government of Anambra State today? Who?

Who told the Governor that because it was done by Abacha and Ganduje, therefore he can do it?

Who told the Governor that he can, at his whims and Caprice move into a peaceful community and create crisis amongst brothers?

Who told the Governor that he can extend his fight against Arthur Eze to the Chairman of Anambra Central Traditional rulers “Igwe Peter Uyanwa” and use concocted lies to cover his ego fight?

Who told the Governor that he can deceive Ndi Anambra by singling out a vibrant Igwe Uyanwa and using him as escape goat for his power chase?

Does Governor Obiano and cohort think Ndi Anambra are fools to believe his cock and bull press release on the suspension of Igwe Ukwulu?

Governor Obiano is the Sanbalaat of our time! Let it be on record that I said so and he is busy destroying every layer of once beautiful and peaceful Anambra state handed over to him by his predecessor! Willie Obiano has destroyed the moral, structural and financial fabric of Anambra state and now, he has turned his sight in desecrating traditional institution! May God forbid such a calamity to befall Anambra State!

God is on his throne and so long as he is the master of the universe, Governor Willie Obiano and his team will not succeed!

The Facts are clear and are lucidly deductible ;

1.Governor Willie Obiano wants to produce a surrogate successor with a dwarfed idea of “Zoning”. I wrote and warned the traditional rulers of Anambra state of the dangerous implications of allowing such an agenda called ” Zoning” to stand! Ndi Igwe especially of the Anambra Central block led by Igwe Peter Uyanwa met and spoke in unison disassociating themselves from Zoning. The Governor and his ill- advisers got angry with Igwe Peter Uyanwa

2. Arthur Eze called Governor Willie Obiano out to account for Local Government Funds and swiftly moved Zone 13 from Aguleri to Ukpo. The Governor got mad and has been fighting all perceived friends of Arthur Eze on a blind mission of revenge. Igwe Peter Uyanwa of Ukwulu is a close friend and Chairman of Ndi Igwe in Arthur Eze’s Anambra Central and must therefore be marked for destruction!

These are incontrovertible facts and Ndi Anambra must know! Enough should be Enough!

Governance is a serious business and Africa is where it is today because of characters like Governor Willie Obiano and his advisers who think they automatically become” Deus ortesius” ( Hidden gods) or Invincible gods when they take seat of power!

Let this government prepare their handover note and get set to depart from the seat of power! Only the Almighty will choose who next to occupy it ! Chasing political enemies and desecreating traditional institutions when the state is bleeding with moral decadence and infrastructural decay is not acceptable! Igwe Peter Uyanwa must be allowed to steer the affairs of his people and reign in the throne of his people. Anambra state does not want a repeat of Aguleri/Umuleri crisis again in any other community in Anambra State!