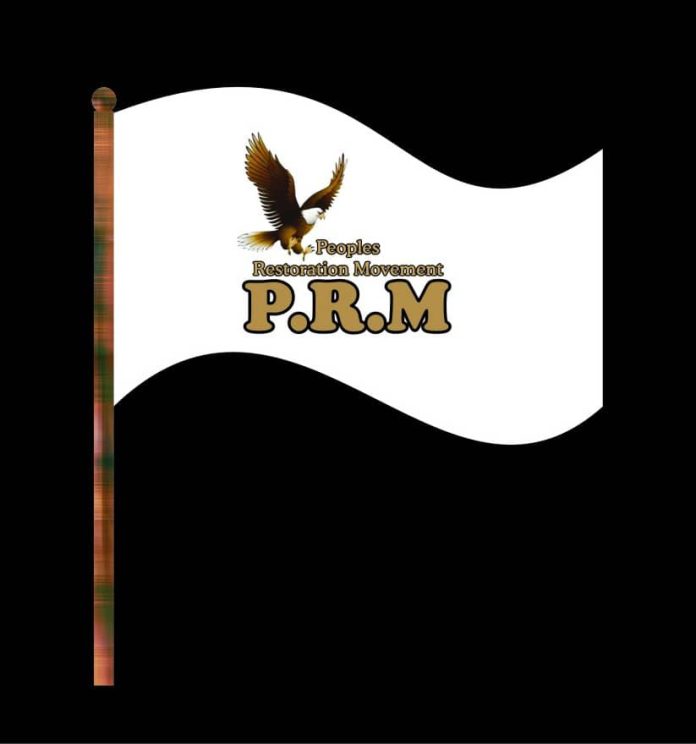 Ahead Nov 6 Gubernatorial election People Restoration Mission (PRM), a political movement group, said it has launched a weekly political education at every community in Anambra State.

The Weekly political education is community based program to educate the ordinary people in various villages the meaning of ideological politics and to explain to voters the implication of money politics.PRM working with a revolutionary online media ,BVI Channel 1 has resolved to raise one million voters to ensure that people candidate wins November 6 Gubernatorial election in Anambra State.

The group has earlier on commenced a weekly radio program to connect with the ordinary voters.According to the group,politics is a serious business to be left for career politicians who have turned politics into business of buying and selling .Anambra State Coordinator – Comrade Chibuzor Chukwuemeka ( 08060982212) of PRM invites the general public to join him on the weekly political education starting from Awka behind Polaris Bank every Saturday.