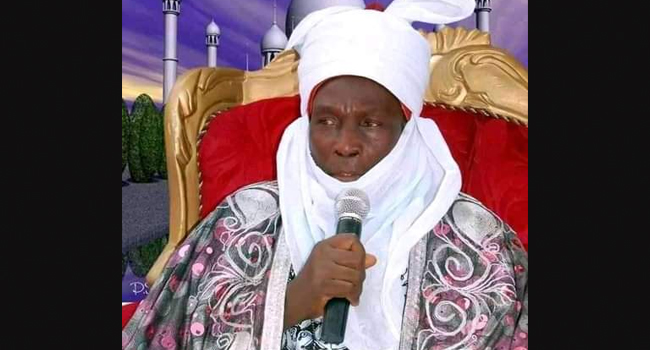 The kidnappers of the Emir of Kajuru, Alhaji Alhassan Adamu, have demanded a ransom of N200 million.

Recall the Emir and 13 other members of his family including grand children were abducted from his personal residence in Kajuru town in the early hours of Sunday.

The demand for ransom was disclosed by a spokesperson of the Kajuru Emirate Council, Dahiru Abubakar on Monday.

Abubakar said the bandits also gave assurances that all the victims are in good condition and were not being molested.
The Emirate Spokesman said the council is still appealing to the bandits to release the 85-year-old monarch and his relatives unconditionally, especially giving his fragile health condition.
Jornalist101