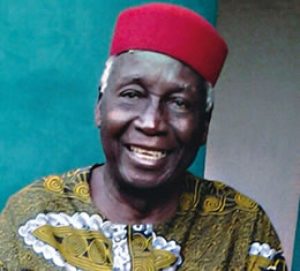 President of South East Elders Forum, Dr. Dozie Ikedife, has said that the United Nations can’t tell the Igbo what they want. The former Ohanaeze boss was reacting to a statement credited to the UN team that visited President General, Chief Nnia Nwodo and other Igbo leaders at Enugu on Thursday.

The UN delegation led by the Special Representative of the Secretary General in West Africa and the Sahara, Ambassador Mohammed Ibn Chambers, insisted that Nigeria would remain one and indivisible nation.

Speaking , Dr. Ikedife, who said he was not aware of the meeting, queried why the UN should be the one to tell the Igbo what is good for them.

On why IPOB was ignored and not brought on the table in such a meeting, the Igbo leader said, he didn’t know about the visit, and may not be able to say much, stressing that it was the UN that should know those they felt like discussing with.

Ohanaeze, he said was not speaking for Biafra, and not for self-determination. On how the visit of the UN team will assuage the feelings of the Igbo, the former Ohanaeze president said many Igbo don’t feel very uncomfortable with the situation in Nigeria, adding that part of the Igbo problem is that sometimes their leaders don’t represent them well.

“If we have the right representation, they will represent us well, but many a times we are unfortunate that those who say they are representing us don’t represent us well. If the Federal Government wants to discuss, it does so with Ohanaeze and the governors who are more concerned with winning elections, and they don’t represent the real core interest of Ndigbo. It is all part of our problems being represented by the wrong people with different agenda”.