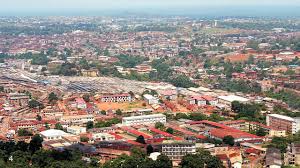 A bill seeking to ban open grazing in Enugu state has been presented before the State House of Assembly.

The Bill was presented to the lawmakers by the Leader of the House, Ikechukwu Ezugwu, who said the bill is for the security of lives and property in of people living in the state.
The lawmaker, while citing relevant sections of the House Order, gave the assurance that the bill will pass through all the procedures of lawmaking, including the public hearing stage.

Rt. Hon. Ezugwu who epresents Udenu Constituency cautioned the media and the public against politicising the legislation, which was only presented and as such has not been deliberated by the lawmakers.

According to him, the politicising of the bill would truncate the peace being enjoyed by the residents of the state, which is not needed at this time.

“Mr. Speaker and distinguished colleagues, I am going to move for the first reading of the bill, which is just mere mentioning of the bill. The bill has to do with security.

So, while thanking members of the press, there is no speculation about bills, more especially when it has to do with security.

“We haven’t said anything about the bill, you (journalists) don’t know the content of the bill and we don’t know what would be the end-product of the bill.

“During the public hearing, anybody that is interested in the bill should come and make his or her input to guide us in passing the bill.

In his remark, the Speaker of the House, Edward Ubosi, urged his colleagues to go through the bill, in order to make good contributions to the legislation that will boost security in Enugu state.