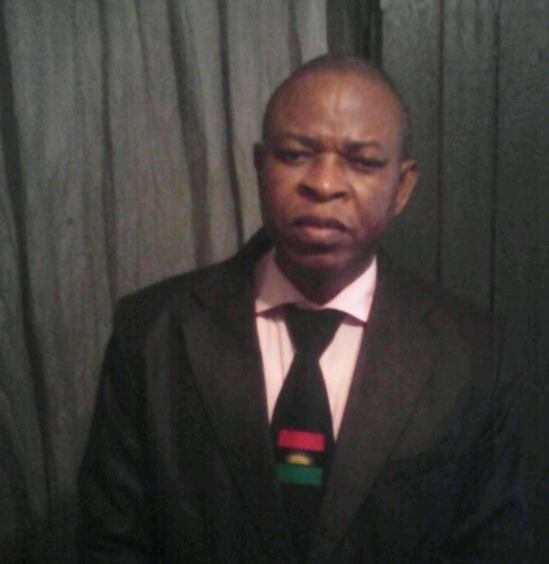 One big problem Biafrans have is acute individualism. Nobody wants to work under others. Everybody wants to be on top. At times for fear of being labeled overambitious some  will pretend they are not interested in leading, but from their body language of ‘I’ syndrome, it will be obvious.

The Customary Government of Biafra is an institution set up by elders of Biafra, to help gather Biafrans that are scattered globally unto a  one-united forum or governance, so as to channel our collective efforts towards our target, which is Biafra restoration.
Unfortunately the setting up of Customary Government didn’t go down well with some Biafrans, because they claimed they were not consulted. Their understanding is that whatever they didn’t start must not succeed. That’s the bane of our Biafran people. These people with these view, also include those who were afraid to come on board and join ab initio when the idea was first muted. Yet when it seems to be coming out successful, it then becomes object of envy and jealousy. Hence the attack and refusal to support the efforts others are making for our freedom.

The structure and modus operandi of the Customary Government was done so that nobody should be seen or should regard himself or herself as Emperor. In the Customary Government we are rather buildthe institution. No office is permanent. Officer’s post is not for life. After a certain specified period the officer must leave for another to take over. Leadership is by group. That’s called colligate leadership structure. Because we are award that Biafrans are Republicans, we believe that group leadership is best for our peoples.
We have observed repeatedly that many of our people are not comfortable with this arrangement. They either must lead or the want to stay on their own. We are not against any, but we are eagerly encouraging those who agree to our modus to come on board with us.

Not individualism. All must tend towards Democratic communism. In this system, All is for One, One is for All.
On this we can build a better society for ourselves.