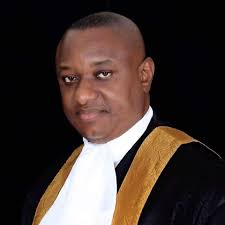 Keyamo said this during a recent NTA programme titled, ‘One-on-One’.

He further said no one could lecture him about human rights because the Supreme Court had said human rights should take the back seat when the nation’s unity is involved.

The minister said, “No one can stand before me and tell me about human rights. I have seen everything. I represented almost all the separatist groups in this country – MASSOB, Niger Delta Volunteers Force, the Niger Delta Avengers.

“I represented all of them in court. When Asari Dokubo was arrested, when he was calling for the division at that time and all that, I didn’t support the division of course, let me be clear. I was only talking about the right to self-determination.

Keyamo was in January 2003 designated a prisoner of conscience by Amnesty International for his activities as the leader of Movement for the Actualisation of the Future Republic of the Niger Delta.

The minister, who now serves in the government of President Muhammadu Buhari, slammed the media for giving its platform to elements of disunity.

He said journalists must put patriotism ahead of professionalism.

Keyamo said those calling for secession were being sponsored by those who could not defeat Buhari at the polls.