Home Articles. I Will Go For Self Determination -Austin 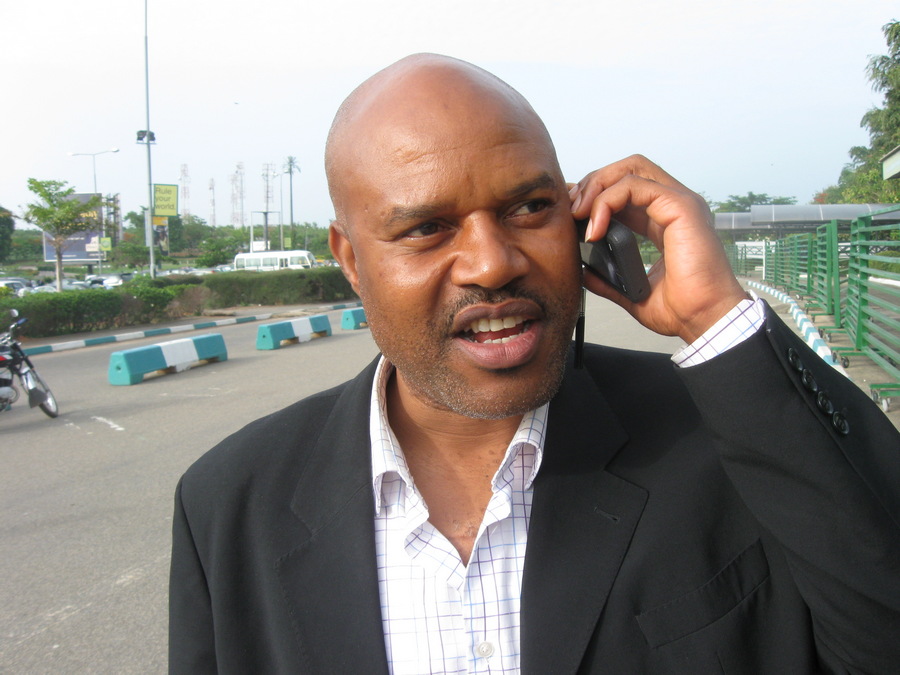 The commendable declarations by our brothers and sisters from the federating regions of Nigeria is indicative of the fact that the Hausa Fulani hegemony is extinct. Its long been. It should not even feature in the present debate to restructure Nigeria.

We recall the constant and successful resistance from our people in the Middle Belt, the Langtan people and others, plus the conversion to Christianity of eminent Fulanis including the son of a former Emir of Kano; a direct descendant of Utman Dan Fodio.

All you see playing out is the usual tactics of a loser; fear tactics. The last kick of a dying horse readily comes to mind.
With respect, this should not be construed as being derogatory of a fellow human but simply metaphoric.

The devil uses fear tactics because it knows it no longer has hold on us, thanks to the Lamb of God whose Precious Blood was spilt for our Salvation. It is a sacrifice that has no end; a sacrifice which cannot be equalled or paralleled.

Buhari is a true Moslem who is being used to propagate Islamic doctrines, so to further expand what Utman Dan Fodio set out to do in the then Northern region of Nigeria. The problem here is that Buhari belongs in the past, he is not to blame. You do not kill the messenger, do you?

Other faith propagators should not be blamed for doing their job either.

Unfortunately for Buhari, fear as a tool is no longer fashionable in these days of social media.

The more reason the federating units often and have recently called his bluff in spite of his recent admonishment against anyone seeking to invoke a constitutionally entrenched right to self determination.

Buhari is unstable and his is a failure amongst his peers and contemporaries. All he has ever achieved is failure.

The provisions for the right to self determination in all constitutions and international instruments were borrowed from natural laws, mind you. This right is inherent and inalienable.

Referencing the Arab spring in the Middle East and North Africa “MENA” as a classic example of were fear tactics have failed woefully. Am sure Buhari has good advisers on diplomacy and foreign policies. I see that he often doesn’t remember anything these days.

Pushing an agenda by force and without regard to law and the existing rights of others cannot survive its first gambit, especially where you are robbing and impoverishing other constituent stakeholders in broad day light.

Resistance thereof comes naturally ; just like a reflex action of the eye when it perceives a potential danger.

Our brothers and sisters from the Middle Belt, South South, South West and South East should be commended for redirecting the dynamics of the debate to restructure Nigeria; borrowing from the popular cliche for lack of a better word in this context. I prefer using Self Determination to Restructure.

Other recent agitators from other constituent regions deserve equal commendation. We all are equal owners of the commonwealth call Nigeria.

I believe the implementation of true federalism should be the correct phrase given the current circumstances.

Circumstances such as inter-tribal marriages with their resultant offsprings in the shape and form of beautiful and handsome hybrid of lovely looking children, commercial factors, and hosts of other evidence of natural human integration as ordained by the Creator Himself, are pertinent factors that need no human wisdom to plead their cases in any debate geared toward disintegration of Nigeria.

Nature has a way of fighting back. It does prevail in the long run; Buhari go ask any bigot.

Now, to squint on the way forward; the domination of one region over the other comes at a cost.

Worst losers are those seeking to dominate because they stagnate not the dominated but themselves. Domination is a function of the mind.

Lets await the outcome of the series of debates and workshops on the way forward.

To be a man, you must take a stand, even at the point of paying the ultimate price for what you believe in.

I will choose Self Determination any given day.