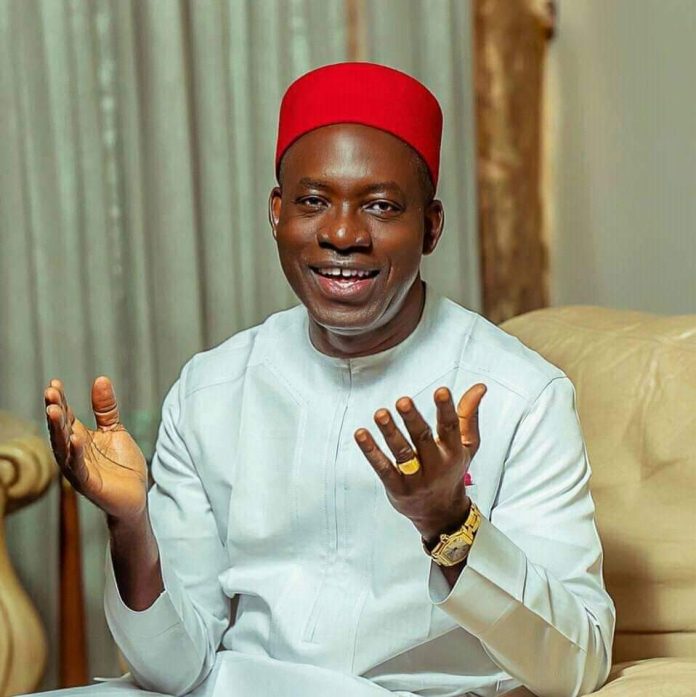 UMEOJI/JUDE OKEKE SURRENDER TO OYE/SOLUDO AS COURT OF APPEAL ENUGU DISMISSES THEIR APPEAL AGAINST THE JUDGMENT OF HIS LORDSHIP, HON JUSTICE C C OKAA WHICH UPHELD THE DR VICTOR OYE LED LEADERSHIP OF APGA AND THE CANDIDACY OF PROF CHARLES CHUKWUMA SOLUDO._

A Special panel of the Court of Appeal sitting at Enugu and presided over by His Lordship, Hon Justice Monica Dongban Mensem, PCA today, 25th August 2021, struck out the appeal filed by Jude Okeke/Umeoji against the judgment of His Lordship, Hon Justice C C Okaa delivered on the 19th of July, 2021. The Court of Appeal further awarded a cost of #100,000.00 against Jude Okeke and in favour of Ozonkpu Dr Victor Oye

Hon Justice C C Okaa had on the 19th of July, 2021 delivered a landmark judgement upholding the leadership of APGA under the Chairmanship of Ozonkpu Dr Victor Oye and held that the National Officers of APGA elected at the National Convention of APGA held in Awka, Anambra State, are still lawfully in office and thus entitled to carry out the functions of their office including the nomination of candidate for the Anambra State Governorship election. The court further held that Chief Edozie Njoku and all those purportedly elected alongside him (including Jude Okeke) as well as any other person purporting to have replaced Chief Edozie Njoku, are not National Officers of APGA and cannot lawfully perform the functions of that office.

Recall that Jude Okeke had earlier appealed against the said judgment, which was struck out by the Court of Appeal, Awka Division in a well considered ruling delivered on the 2nd day of August, 2021. In a rather bizarre twist, Jude Okeke and Hon Umeoji had, through their lawyers, filed yet another application for leave to appeal against the judgment of Hon Justice C C Okaa. However, upon receipt of the Counter affidavit of Oye/Soludo in opposition to the incompetent application for leave, Okeke/Umeoji have realized the futility or impossibility of challenging the erudite judgment and decided to surrender.

It was gathered that the lawyers for Umeoji/Jude Okeke didn’t want to tarnish their reputation or embarrass themselves by being involved in frivolous court cases.

Consequently, the Special Panel of the Court of Appeal was faced with no further option than to dismiss the appeal.

Meanwhile, the news of the dismissal of the appeal today in Enugu by the Special panel of the Court of Appeal has thrown the members of APGA and indeed Ndi Anambra into jubilation. A cross section of APGA faithfuls interviewed were of the opinion that the instant judgment of the Court of Appeal has laid to rest the issues bordering on the validly nominated candidate of APGA for the November 6 governorship election.

The Court of Appeal, Kano Division had earlier made a pronouncement on the valid occupant of the office of the National Chairman of APGA and the person entitled to nominate the candidate of APGA in Anambra State. INEC, in obedience to the judgment of the Court of Appeal, has since listed Prof Charles Chukwuma Soludo as the duly nominated candidate of APGA for the election.