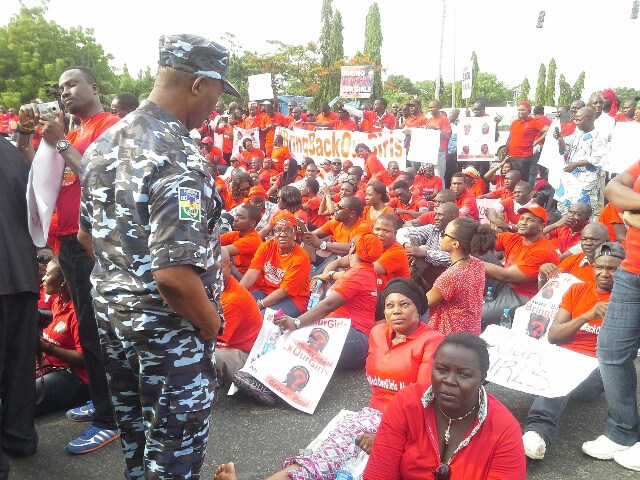 The police in Abuja has issued the statement below in response to reports that it arrested some members of the #BringBackOurGirls movement as they moved to stage a march to the presidential villa.

One of those restrained is a former Minister of Education, Obiageli Ezekwesili.

But despite those claims by the activists, below is the police’s version of the incidence.

The statement reads, “The FCT Police Command wishes to clear the air and set the record straight that it did not arrest or detain Prof Oby Ezekwesili and some members of the Bring Back Our Girls group (BBOG) as being speculated on some social media platforms..

“It is pertinent to state that they were only brought to the Command to ensure there was no breakdown of law and order as some members of the group reacted violently and broke down security barriers set up by the police to restrict their protest to Unity Fountain.

“The members of the group were addressed by the Commissioner of Police FCT, CP Sadiq Abubakar Bello who reiterated the commitment of the Command to protect lives and property and enjoined the Bring Back Our Girls members to go about their lawful businesses.

“After the briefing by the Commissioner of Police, the members of the group left the Command.”