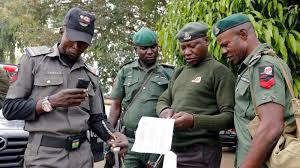 Fresh facts have emerged that one of the suspected attackers of the former governor of Central Bank of Nigeria and governorship aspirant of All Progressives Grand Alliance, APGA, Charles Soludo, was arrested after his phone was tracked by security operatives.

Anambra Police Command had earlier stated in a press release that one person, whose name it failed to release, has been arrested for his alleged involvement in the crime.

A senior police officer, who spoke to media at the state police command’s headquarters on the condition of anonymity, said one of the suspects lost his phone during the attack, and was picked by police operatives, who used it to track him down.

“One of the killers forgot his phone at the scene of the attack, and we found it when the CP visited the place. We tracked down the owner and arrested him, and he is helping us with investigation.

“As at the time the CP arrived at the scene of the attack, the men were still moving, one of them was even muttering something, but we could not hear him. They were certified dead at the hospital,” the source said.

Meanwhile, we gathered that police officers and men in  Anambra State police command have been barred from wearing their uniforms to work to reduce the risk of attacks on them.

The source said: “It is a directive from the hierarchy of the command. Police officers now carry their uniforms in bags to the office, before changing into them.”

Our Reporter who moved round the state capital, Awka, observed that there are no roadblocks by policemen on all the roads visited, as all designated points for roadblocks have been dismantled as a result of the recent wave of attack.