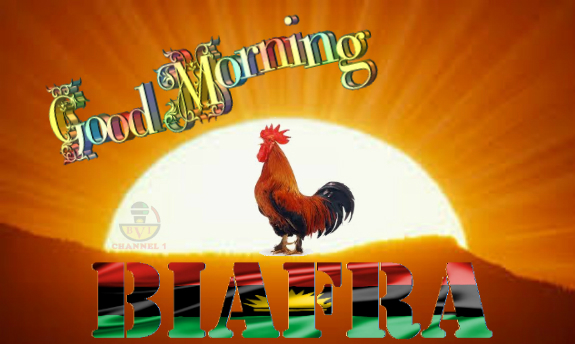 05/08/2017
PRESS STATEMENT
Re: BIAFRA: The Legal, Political, Economic and Social Questions
The Customary Government of Indigenous Peoples of Biafra,  CG-IPOB is happy that Senator Ike Ekweremadu –the highest Political Officer from the former Eastern Nigeria has finally opened up on the best way to handle the Biafra question. We have always known that a day will come when all the stakeholders will visit the round table to allow reasoning take prominence. That day is at sight.
CG-IPOB wishes to remind our most respected Senator Ekweremadu that the Nigeria Political Class has failed the masses, hence the agitation for a better living conditions from almost all the regions in Nigeria including the Biafran region. CG-IPOB may not wish to join issues with our Brother in public but however, for record purpose, would wish to remind him that enough consultations have not been made at home front to resolve our internal issues.
CG-IPOB has always stood for peaceful resolution of Biafra issue and that was the reason behind the legal option adopted by the elders of CG-IPOB in suit no FHC/OW/CS/192/2013.It should also be noted that Nigeria Government has done everything possible to hide the genuine Biafran struggle for self determination by the rule of law from the eyes of the public.Most of the media houses including the one own by Senator Ekweremadu have wilfully kept the truth about Biafra struggle from the public while trying hard to give dog a bad name.CG-IPOB wants to put it on record that the elites might want a restructured Nigeria where equity ,fairness and justice are enthroned, but, the ordinary people want to be given the opportunity to determine their economic ,political and cultural destinies within or outside Nigeria .
In a letter with ref:IPOB/SCE/VOL.1/2016 forwarded to Nigeria Government circulated among the key political Leaders in Biafraland,CG-IPOB presented the best way to resolve the Biafra issue amicably  but we are worried that Nigeria government is not interested in peace and have taken a firm decision to hold Biafrans in Nigeria against their wishes.The right for self determination is an inalienable rights for all the indigenous people across the globe and we are quite aware that the process to achieve an independent nation is quite rigorous .CG-IPOB prayers before the Honorable Court require simple answers to simple questions. The Elders of Biafra being led by Rtd Justice Eze Ozobu and Dr Dozie Ikedife are men of proven integrity and accomplishments that can never be ignored and these are men that authorized the court case against Nigeria Government to establish the legality of the call for self determination.
In conclusion, a call for self determination is never a call for war but a call for the establishment of indigenous peoples inalienable rights for self determination.We must have an open mind with ‘no go area’ directive to resolve the Biafra question amicably.The CG-IPOB Administrator can be contacted via 08035002394 for further consultation and possible resolution.
Ndubuisi Anaenugwu
Director –Directorate of Information,CG-IPOB