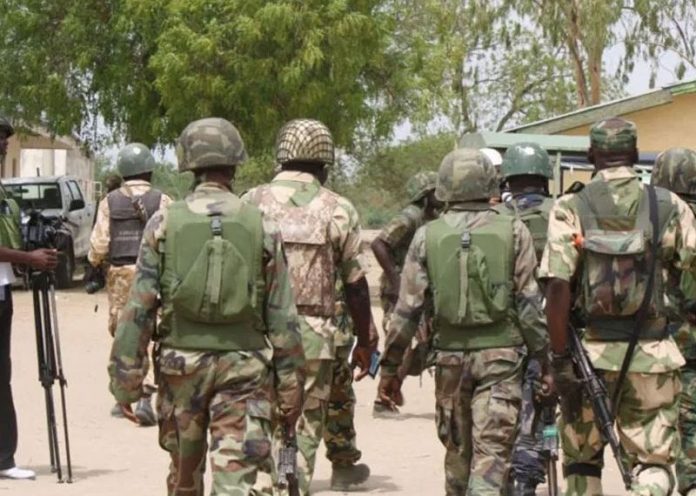 Tension has gripped personnel in the armed forces following the authorities’ determination to probe the conduct of some of officers and men during the last governorship and state House of Assembly elections, especially in Rivers, Bayelsa and Adamawa states.

In Rivers State, soldiers were accused of raiding collation centres, to the extent that they clashed with policemen. Following violence in the state, the Independent National Electoral Commission (INEC) suspended all electoral process.

Sources at the army headquarters in Abuja told Daily Sun that some general officers commanding (GOCs), commanders and commanding officers in various units and divisions where soldiers were accused of interfering with the electoral process would be asked to explain the role of their men before, during and after the elections.

It was gathered that the Chief of Army Staff (COAS), Lieutenant-General Tukur Buratai, has set up a special committee, headed by Major-General Gagariga, to investigate the conduct of army personnel during the elections.

The committee, which has commenced work, is expected to visit all the affected states and interact with the governors and all stakeholders involved in the elections.

Already, the army headquarters has, through a letter from the office of the Chief of Policy and Plans (COPP), summoned commanders of the affected units.

It was gathered that commanders from some states in the North East have reported and are currently undergoing interrogation.

Also, commanders from some Niger Delta states, like Delta and Akwa Ibom, have reported to the army headquarters, while those from Rivers State, where the major crisis took place, are expected today.

The army chief is said to be unhappy with what happened in Rivers, where the army barricaded the road leading to the headquarters of the INEC, and harassing observers, journalists and policemen on election duty.

A statement issued by the acting director, Army Public Relations, Col. Sagir Musa, the service earlier said politicians hired hoodlums dressed in army camouflage to cause commotion during the elections. The authorities are investigating further.

Sources revealed that the committee set up by Buratai would interrogate the commanding officers in the affected states, INEC officials and police personnel, in a bid to find out what happened. The committee would make recommendations to the army authorities. Those found wanting risk retirement at prosecution, it was gathered.

It was gathered that there is a searchlight on the GOC, 6 Division in particular, who had been accused by Governor Nyesom Wike of partisanship.

Meanwhile, the Nigerian Army has described a statement issued by the United Kingdom over the military’s involvement in Rivers State’s elections as baseless and untrue and capable of misleading the public.

It has advised the UK and other foreign interests to be mindful of interfering in Nigeria’s internal affairs, especially when they do not have credible evidence.

Army spokesman, Sagir Musa, in a statement, said the allegation against the  Nigerian Army must be confirmed from appropriate quarters before jumping to conclusions.

Sagir said: “The attention of the Nigerian Army  (NA) has been drawn to a publication by an online medium that reported accusation against the NA of interference in the Rivers State elections.

“The NA wishes to state that the statement is totally baseless, untrue and, therefore, capable of misleading unsuspected members of the public, especially when there is no credible record of such involvement anywhere in Nigeria before, during and after the 2019 elections.

“The NA, as a responsible organisation, wishes to debunk such misrepresentation in order to set the record straight. Similarly, it is on record that the NA has been globally applauded by many individuals, foreign and local elections observers, for its sacrifices/roles in creating an enabling environment for a secure, transparent and peaceful conduct of the elections.

“The statement confirmed the investigation of complaints against the army, as Sagir said: “Already the COAS has set-up a committee to investigate all complains relating to alleged professional misconduct by NA personnel in the conduct of the elections.

“Members of the public are further assured of the determination of the NA to objectively carry out its constitutional duties irrespective of the  baseless accusations especially from those who felt it has denied them freedom to illegally and selfishly subvert the choice of Nigerians.”

Moreso, the Inter-Party Advisory Council (IPAC), Rivers State, which represents 86 political parties and 54 governorship candidates in the state, has called on the national chairman of INEC, Prof. Mahmood Yakubu, to disregard the calls by a few All Progressives Congress-sponsored governorship candidates for the transfer of the Rivers State resident electoral commissioner (REC),  Mr.  Obo Effanga, and the administrative secretary of INEC.

State chairman of IPAC, Precious Baridoo, speaking on the heels of the suspension of Rivers State governorship and House of Assembly elections and the call by some parties, including the AAC, for immediate removal of Effanga,  said it was aimed at creating an ugly atmosphere to rig the election.