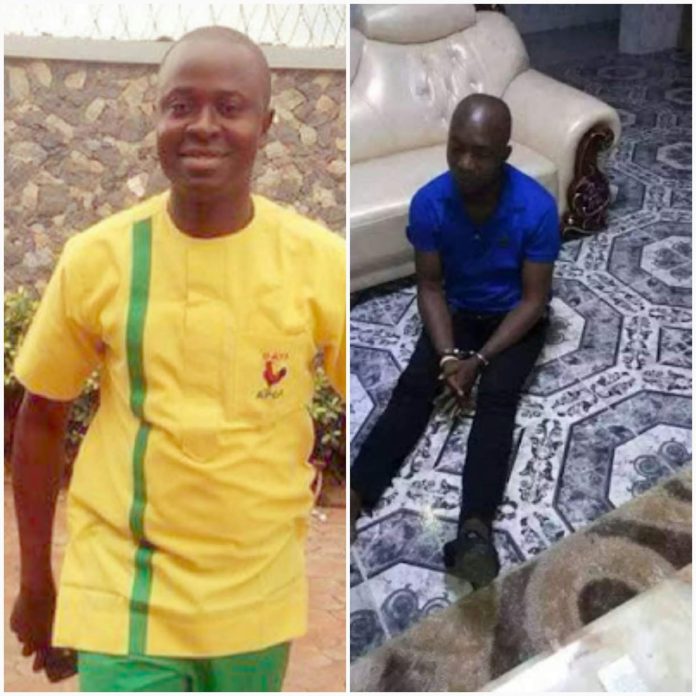 Breaking News: BVI Channel 1 online can confirm from authoritative sources that the political face of Gov Obiano administration-Hon Chinedu Obidigwe (The Headmaster) has just ignited a war against all the heavy- weights against Gov Obiano second term journey.

With the arrest of Eneh Victor Chigozie,an online blogger, by the men of Nigeria Police Force acting on the order from the above,all the Political Juggernauts in the state that were humiliated during the last APGA primary elections will queue behind Eneh Victor in declaration of  total war against Obiano administration.The war is going to be hydra headed according to one of the political heavyweights behind Eneh Victor.In his statement ,Chief Mokwe has this to say ”You will recall earlier that, I instructed one of the law chambers that represents me to investigate whether there is any constitutional and process violation in the arrest of Eneh Victor Chigozie at the state C.I.D AWKA and they promptly dispatched a lawyer.

When he got there , Ifeanyi Uba has registered his presence along with Osisioma Igbo and others. When the leading police officer who knows me personally found out that I was the one that sent the lawyer, he pretty well concluded that, it is no longer about releasing Eneh Victor Chigozie, it is now a case of multi headed problem and he is right.

The briefing I got from my lawyer are as follows:

Eneh Victor Chigozie was arrested at ENUGU around 1A.M in the morning yesterday and he was driven straight to Aguleri to Chinedu Obidigwe’s house. Chinedu Obidigwe came out and said to him that he himself is the headmaster and started by flogging him and beating him mercilessly after that.

He was subsequently taken to the state C.I.D. after that. I was also made to understand that, whenever the police men that are taking him to Aguleri comes across a police checking point, they will hide Eneh Victor Chigozie. It means that his arrest at ENUGU did not follow the due process.

Like I stated right at the start of the incident, releasing or not releasing Eneh Victor Chigozie remains secondary . Violation of any sort was the primary goal. Luckily for me, the violations are very clear.

The war has just begun !!