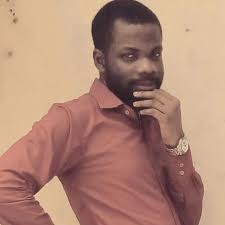 The visit of the Nigeria-born Mr.  Chile Osuji-Eboe to Abuja after his election as President of the ICC has attracted millions of eyes to the ICC.  As President of the ICC,  an international criminal court battling with superpower acceptance, the new President ought to have known better than to mingle with someone like President Buhari – a man that still walks freely because of diplomatic immunity as a sitting President.

The ICC has always had one weakness: recognition by the US,  the world Superpower today,  but this political move by the current President does not bid well for the International Criminal  Court.  As if that had not done enough damage to its credibility, the court under Osuji-Eboe’s watch extended invitation to the same Buhari to speak at its 20th Legal Forum – a clear case of romance with someone the world sees as the mastermind of numerous killings in his country.

How could a supposed international criminal court give  its platform to a Buhari whose tenure is dotted by numerous deaths caused by dreaded Fulani herdsmen in Benue, Taraba, Plateau, Adamawa, and Sokoto?  How could the ICC condescend to the level of rubbing shoulders with the same Buhari whose body language and appointments have manifested the intent to Islamise Nigeria and materialise the demonic dreams of Usman Dan Fodio? Mr.  Osuji-Eboe cannot deny that just few months ago scores of lives were lost in Umuahia because of the unlawful invasion of the homestead of Nnamdi Kanu by men of the Nigerian Army.  How can the culprit in this inhuman acts be the same person visited and invited by the new President of the ICC?

Buhari should be the quintessence of leaders that have used their power to oppress the people.  For instance,  a situation where no terrorising Fulani herdsmen has been prosecuted by a government that is always quick to go for  members of the opposition and detain perceived enemies for years without due trial bespeaks complicity in the killings.  Are the ICC,  UN,  EU, AU,  and ECOWAS aware that killings by Fulani herdsmen, Boko Haram, and the Fulanised Nigerian Army have increased since 2015? Buhari has become a tyrant in civvies and under his watch Nigerians have lost their voice. Those who manage to speak out are crushed like stones before a mallet.  The media has lost it voice and has become an appendage of the militarised democracy.

People can see the emptiness of these international bodies in the face of these disturbing happenings in Nigeria.  Unarmed and peaceful agitators were all found in the pool of their blood on numerous occasions, with the criminal graveyard silence of these international bodies. The silence of the international community is even a worse harm to the oppressed in Nigeria  than the atrocities coming from Buhari and his Fulani people. The UN,  EU,  AU,  and ECOWAS have all become vestigial bodies which only concern is about what they stand to gain from sovereign States rather than on the welfare of citizens. It is all about business for these bodies.

Buhari continues to visit the US and ICC like a saint to our chagrin.  Scores of unarmed protesters that were celebrating Trump’s inauguration ceremony were killed by the Nigerian Armed Forces in Port Harcourt, Rivers State,  under the directive of this same Buhari. Trump’s reaction to this massacre was to invite Buhari for a business treaty that would displace China.  It is now clear that these nations are not interested in the Biafra question.  I think we should work hard to unite our tribes and various agitating groups and force our way out of Nigeria for good.  Seeing that there is a serious international collusion against the call for freedom,  we must forgive ourselves and come together to get it right.  It is time to speak with one voice in the Eastern Region.  Political, cultural, and traditional stakeholders and the people must begin to work together for the liberation of the region. It takes a formidable people to get it right.  Unity and coalition are indispensable now.  United we shall stand.  God bless us all.