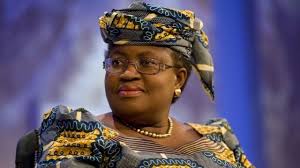 South East Governors’ Forum, Ohanaeze Ndigbo and the Alaigbo Development Foundation (ADF), yesterday, said Nigeria’s former minister of Finance, Ngozi Okonjo-Iweala, will remain the pride of the Igbo and Nigeria in the global space.
Reacting to the emergence of Okonjo-Iweala as the first African and first female World Trade Organisation (WTO) director general, they said it was heart-warming that their daughter emerged meritoriously in the world contest at a time the globe needed extra-ordinary leadership to inject best principles that will enhance trade liberalizations and global economic management in the comity of international economic institutions.
A message by Chairman of the forum and Ebonyi State Governor, David Umahi, alongside his colleagues, paid glowing tribute to President Muhamadu Buhari for the support, solidarity and political will that launched a Nigerian to the apex seat of WTO.
They said: “This singular gesture of Mr. President has again demonstrated his progressive disposition to the dignity of Africa and his abiding faith and unflinching commitment to an egalitarian nation.”
Like the governors, Ohanaeze Ndigbo thanked the president and Nigerians for the support given to Okonjo-Iweala.
According to Ohanaeze spokesman, Alex Ogbonnia, her emergence has once more proved the only way to advance the course of humanity and compete favourably in the global community was through an unwavering commitment to competence, fairness and excellence.
Describing her ascendancy to the position as not only historic but a landmark development, ADF said it had no doubt she possessed the great pedigree and orientation to discharge her duties diligently.

to the service of humanity to usher in a new era of global trade and economic prosperity.
A statement by ADF President, Uzodimma Nwala and Chairman, Media and Publicity Bureau, Abia Onyike, expressed the optimism that “Ndigbo, Nigeria and Africa would benefit from your leadership of this important global economic institution.”